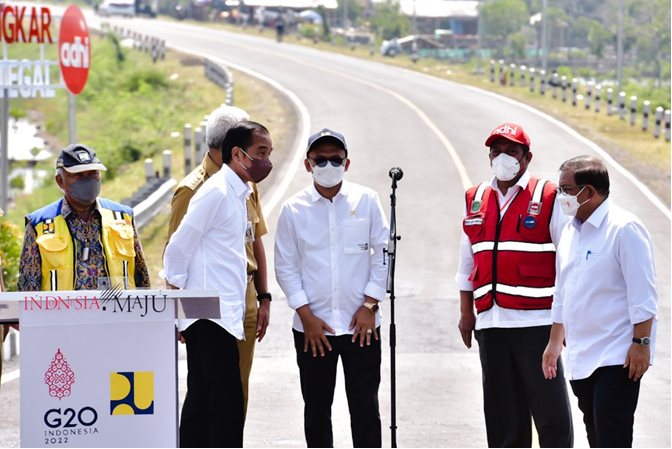 “The road is provided with eight bridges; five bridges in Brebes and three bridges in Tegal. The ring road completes the structure of the national road net along Northern Coast of Java and the road net of Trans Java Toll Road,” President Jokowi said during the inauguration.

President Jokowi is also optimistic that the infrastructure will reduce the traffic burden in Brebes and Tegal.

“By operating the Brebes-Tegal ring road, the traffic is estimated to decrease up to 48 percent, the connectivity will be better, and the traffic flow in Tegal and Brebes will be smoother,” the President said.

In particular, the President hoped that the ring road can smooth the flow of mudik (the homecoming ritual) prior to Eid al-Fitr.