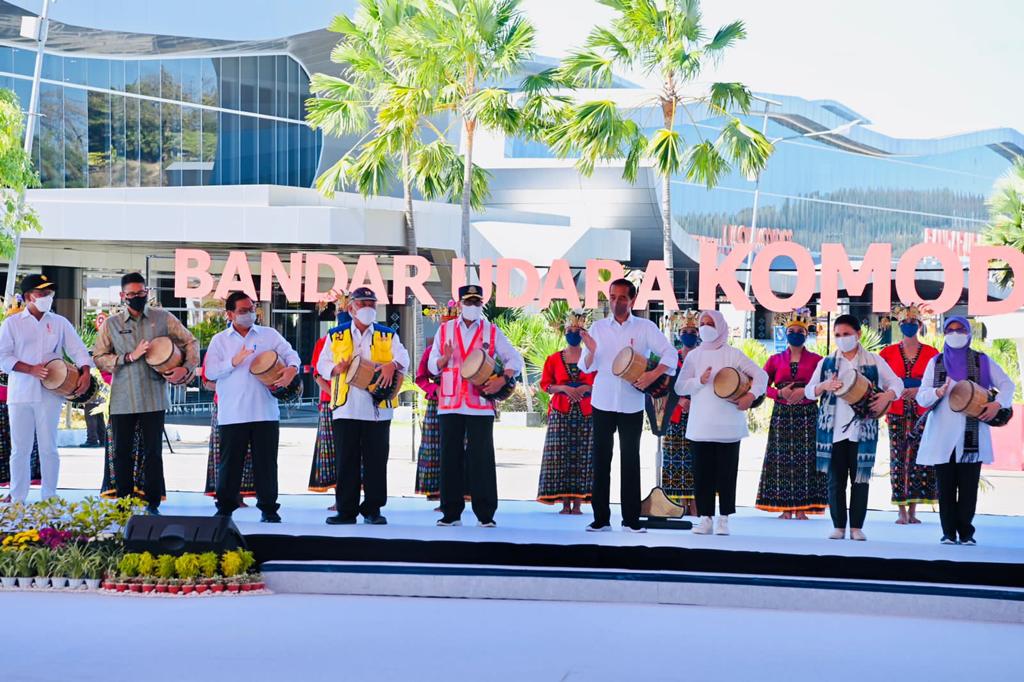 The President expressed hope that the newly inaugurated expanded airport will bring positive impacts to tourism sector of the region and improve prosperity of the locals.

He went on to say that the Government will continue to improve facilities in the airport to accommodate more visitors. The airport’s 2,600-meter-long runway will be suitable for wide-body aircrafts if it is expanded by 100 meters.

“If the expansion cannot be completed this year, it must be done next year so that international flights from other countries can directly land in Labuan Bajo,” he said.

In addition to runaway expansion, the Government has also relocated seaports and renovated tourist attractions to accentuate Labuan Bajo as an all-in-one tourist destination with picturesque scenery, beaches, traditional culture, and home to the famous Komodo dragon.

“We expect the increase in the number of both international and domestic tourists can make Labuan Bajo more popular. The most important thing is to bring prosperity to the people, particularly those living in East Nusa Tenggara,” he remarked.

In the meantime, Minister of Transportation Budi Karya Sumadi said that the Ministry also rearranged and renovated Komodo Airport using combination of traditional and modern touches in the design. (DND/UN) (RAS/MUR)