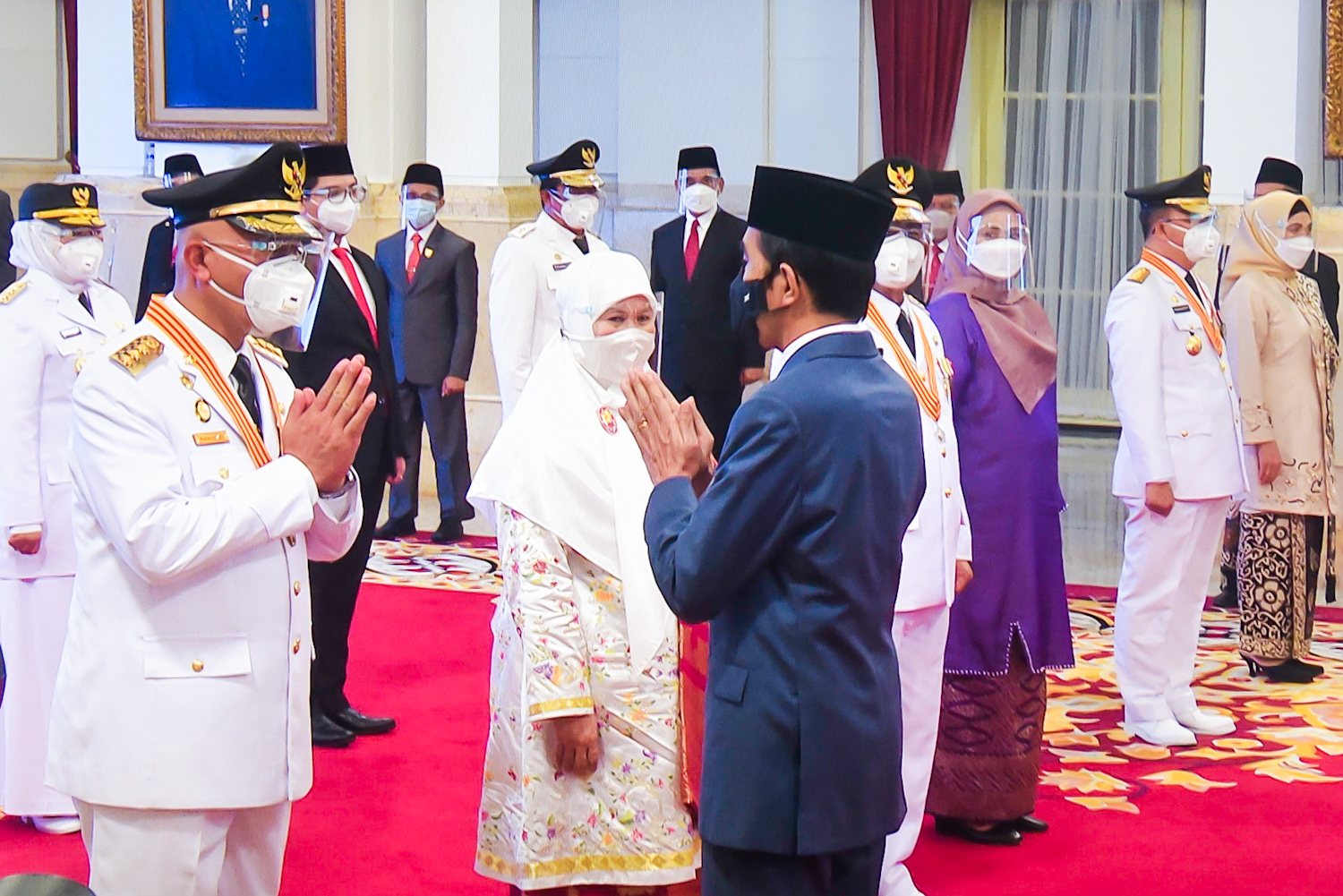 Prior to the inauguration ceremony, President Jokowi submitted the excerpts of Presidential Decree to the three pairs of governors and deputy governors at the Merdeka Palace under strict health protocols.

After the Presidential Decree submission, President Jokowi accompanied by Vice President Ma’ruf Amin and Minister of Home Affairs Tito Karnavian as well as the three pairs joined a parade from the Merdeka Palace to the State Palace. Due to the pandemic, the parade was held with a smaller number of troops, with only four personnel.

The inauguration ceremony began by the singing of national anthem Indonesia Raya and was followed by the reading of Presidential Decree Number 40P of 2021 on the Endorsement and Appointment of Governors and Deputy Governors of West Sumatra, Riau Islands, and Bengkulu for 2021-2024 term, in effect as of the date of inauguration. Afterward, the pairs took the oath of office.

“I do solemnly swear by Allah to fulfill my duties as Governor, Deputy Governor to the best of my capabilities and in the fairest way possible, to uphold the 1945 Constitution of the Republic of Indonesia by all means, and to execute all laws and regulations as straightforwardly as possible, as well as to dedicate myself to the service of the Nation and the People,” the oath reads.

The ceremony was then followed by congratulatory messages conveyed to the newly inaugurated governors and deputy governors by President Jokowi and Vice President Ma’ruf Amin and ended with a group photo.