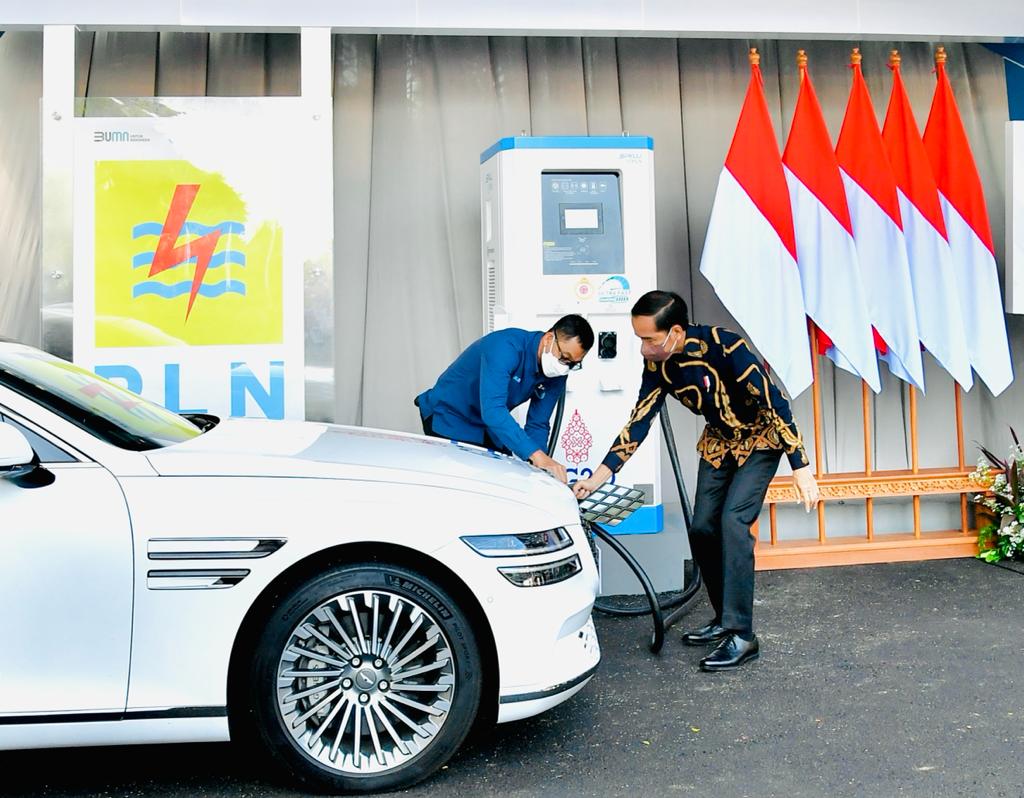 During the inauguration, President Jokowi called on all parties to showcase Indonesia’s commitment to reduce CO2 emission during the country’s G20 presidency.

“The use of electric vehicle during the series of G20 Summit shows that Indonesia is a leading country in EV development,” he said.

To that end, the President underscored the urgency to prepare the development from the upstream to downstream industries, including the EV battery, components, public EV charging station, and home charging.

“We show the world that ecosystem for electric vehicle is growing and developing rapidly in Indonesia,” he stated.

On that occasion, President Jokowi expressed his appreciation to the state-owned electricity company PLN for building 60 ultra-fast charging public EV charging stations and 150 home charging locations which will be utilized to support the organization of the upcoming G20 Summit, in November.

For the record, ultra-fast charging only takes 30 minutes for a full charge for one vehicle. If it charges multiple vehicles, the technology will allow a full dynamic load balancing.

President Jokowi went on to say that EV is part of the country’s grand design in energy transition from fossil fuel to renewable energy. We want to reduce Indonesia’s dependence on fossil fuel in order to achieve energy independence, he added.

“Our dependence on fossil fuel is high and up until today we are still importing fuel to meet the national demand which burdens the state budget (APBN), and increases current account deficit and trade deficit. Therefore, we must not let these problems still exist and must find a way to achieve energy independence,” he concluded. (BPMI of Presidential Secretariat/AIT) (RAS/MMB)