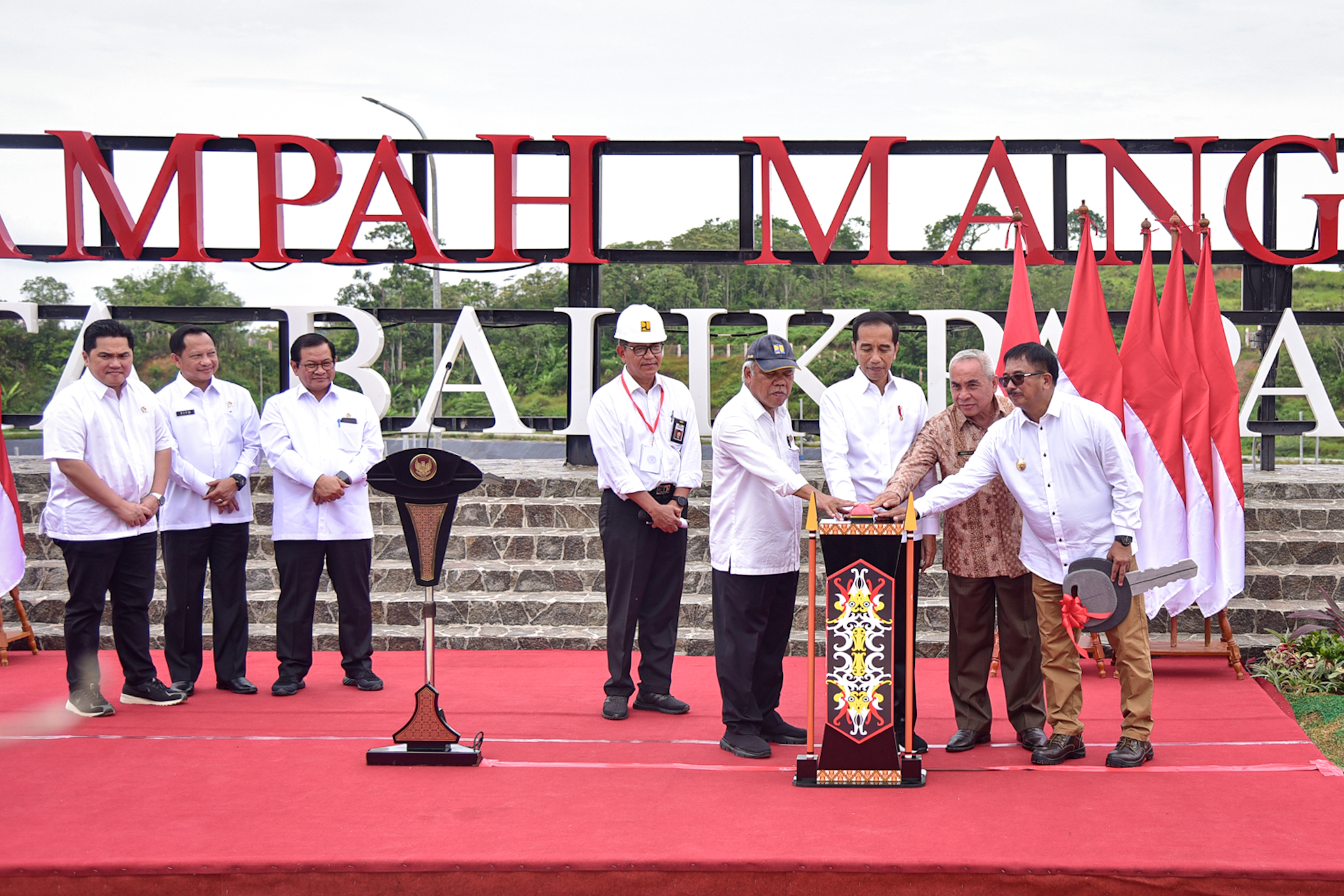 As part of a series of his working visit to East Kalimantan Province, President Joko “Jokowi” Widodo on Wednesday (18/12) inaugurated the operation of Manggar Final Waste Disposal Area (TPA).

According to the President, Manggar TPA is the most advanced final waste disposal area in Indonesia.

The President also expressed appreciation to waste sorting management of the city of Balikpapan, which starts at the household so it can reduce 20 percent of waste disposal to the landfill, adding that gas converted from incineration can be used to generate electricity.

“However, I have not seen any areas that use incinerator yet. I hope that incinerator facility project would finish by the end of next year,” President Jokowi said.

Previously, Balikpapan Mayor Rizal Effendi said that Balikpapan regional government aims to show the people that the landfill could be an attractive place, such as a tourist spot and an educational spot.

“We have proved that the 50-hectare landfill is one of the best landfills in the country,” Rizal said, adding that three of four zones were financially supported by Ministry of Public Works and Public Housing which provided Rp160 billion.

According to Rizal, the landfill can accommodate approximately 400 tons of waste per day, consisting of household waste, paper, and plastic.

Rizal also said that the 200-hectare dam with an investment of Rp262 billion could provide 16,000 raw water networks to the housesholds. (UN / AGG / ES)