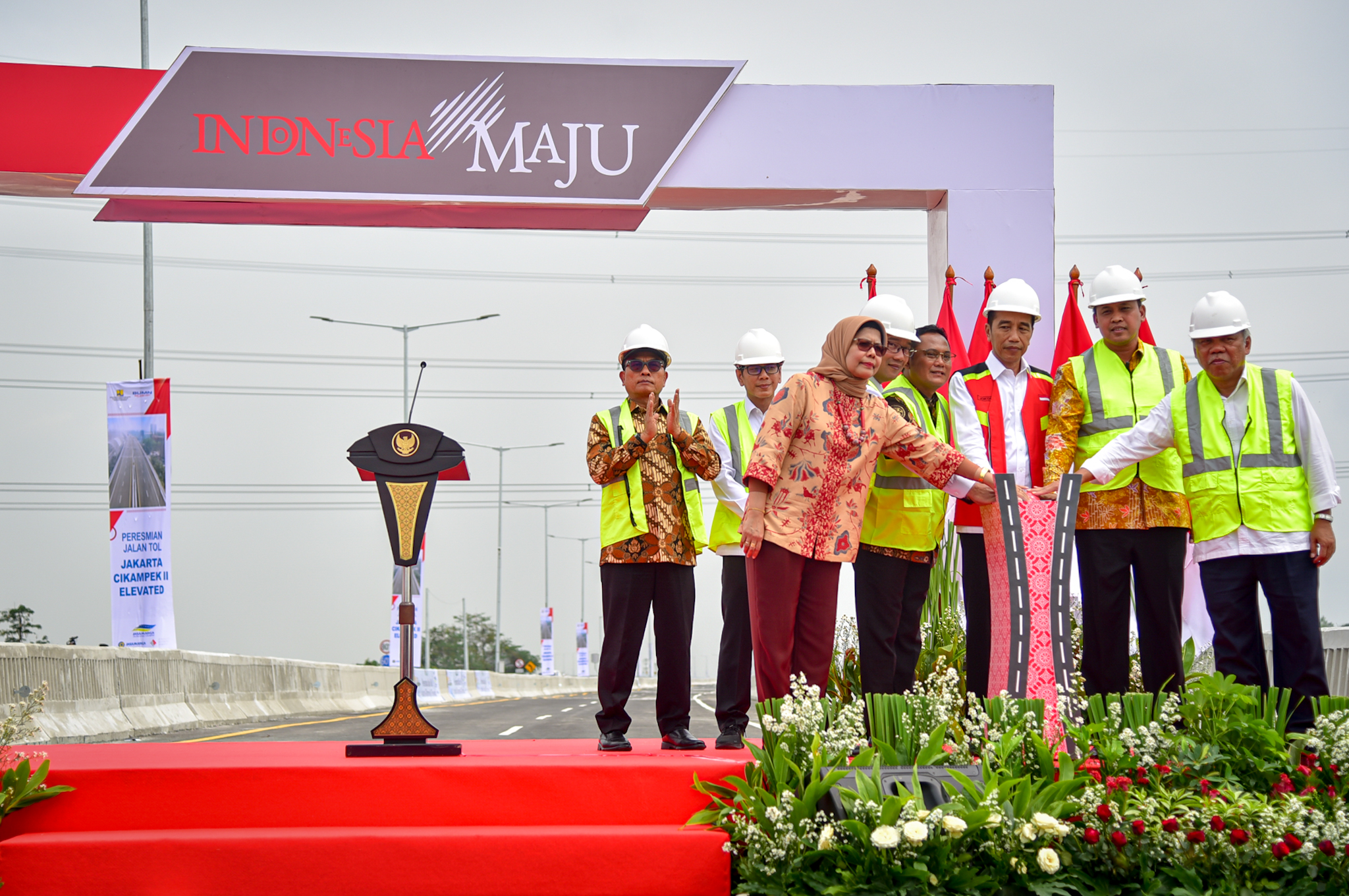 In his remarks President Jokowi applauded the construction of the Elevated Toll Road that has been completed and could soon be utilized. He said that he had got many complaints regarding the traffic congestion in Cikampek-Jakarta or Jakarta-Cikampek toll road.

“We hope that the Jakarta-Cikampek Elevated Toll Road will resolve the problem,” the President said.

On that occasion President Jokowi praised all parties who have given their contribution to the toll road construction. The construction, he added, is very complicated: the existing road was still open during the construction, and there are also LRT and high-speed railway construction nearby.

“We hope that (the elevated toll road) will reduce congestion by approximately thirty percent. Of course this will also save fuel costs and other costs,” the President concluded.

Also present during the event were, among others, Minister of Public Works and Public Housing Basuki Hadimuljono, Presidential Chief of Staff Moeldoko, and Governor of West Java Ridwan Kamil. (RSF/AGG/ES)