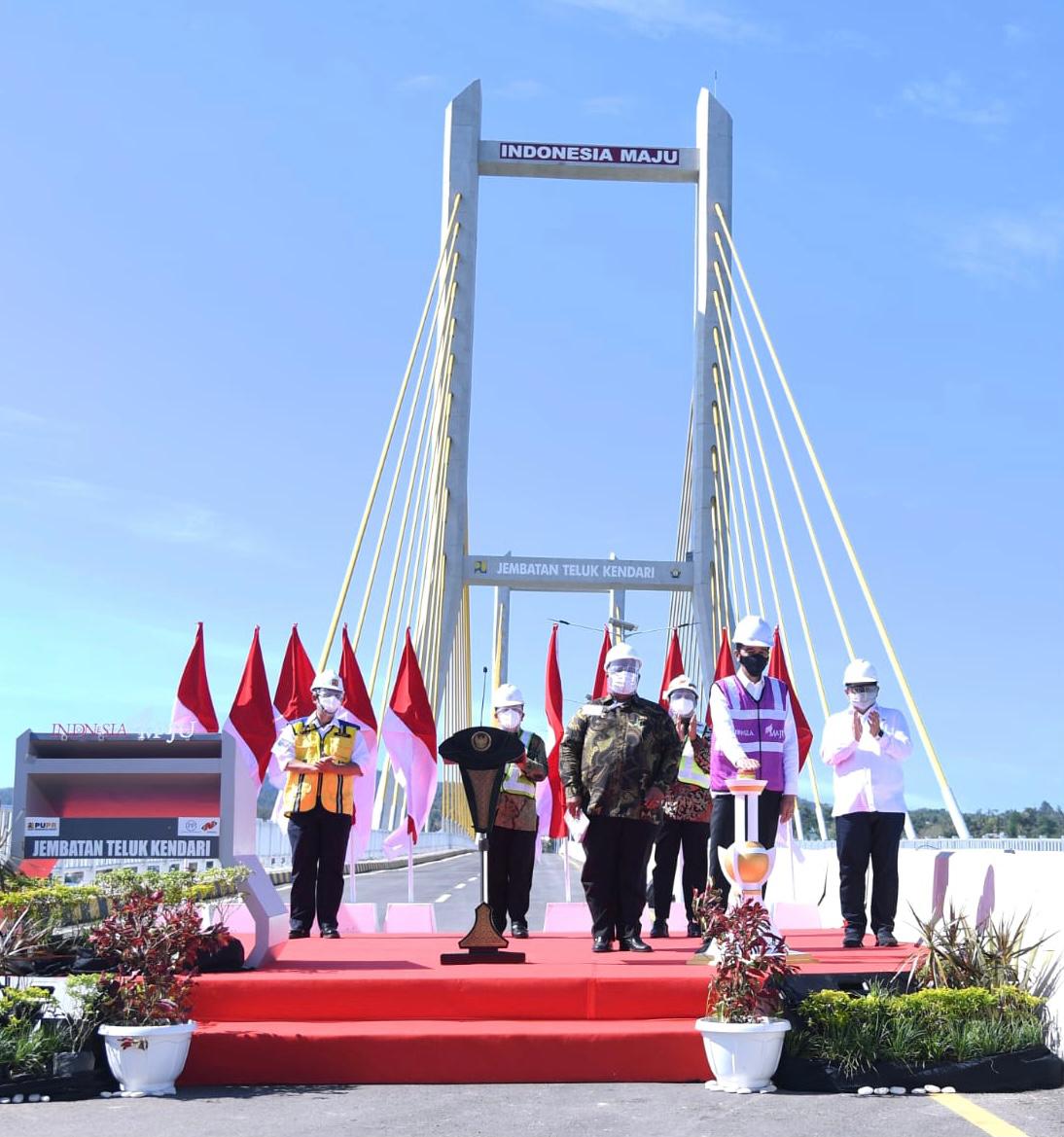 The 20-meter wide bridge was built from 2015 to 2020 with a total cost of Rp804 billion. The bridge is expected to become a new icon of Kendari City and provide benefits to the people.

“I am sure that the length of time it took to build the bridge and the amount of funds spent will be proportional to the benefits that will be felt by the community,” President Jokowi said.

The bridge which connects the Kota Lama Port area with Bungkutoko Island and Poasia District will significantly reduce travel time. Previously, it took 30-40 minutes from Kota Lama to Poasia or vice versa using a ferry or around the Bay as far as 20 kilometers. Via the bridge, Kota Lama-Poasia or vice versa can now be reached in five minutes.

“The smooth connectivity and access will make the mobility of goods, services, and people more efficient. Thus, it will increase competitiveness. Hence, Southeast Sulawesi, especially Kendari City, will become increasingly attractive for the development of new businesses,” the President added.

Infrastructure development, the President continued, must provide added value, namely integration with various existing areas, such as agricultural, plantation, and industrial areas. The Kendari Bay Bridge will also support the development of the Konawe area and the new port on Bungkutoko Island which will be part of the development of Kendari City.

“We hope that it really gives leverage to productivity and competitiveness, as well as creates new economic growth centers which are expected to create more jobs,” the President said.

In addition to providing benefits, the President expressed the belief that this new landmark will beautify the landscape of Kendari City and become the pride of the surrounding community.

Based on the reports, the President went on to say, the area surrounding the bridge will also be laid out and equipped with public open spaces such as sports fields, parking areas, and street cinema. “I believe this will increase the attractiveness of the Kendari Bay Bridge,” he said.