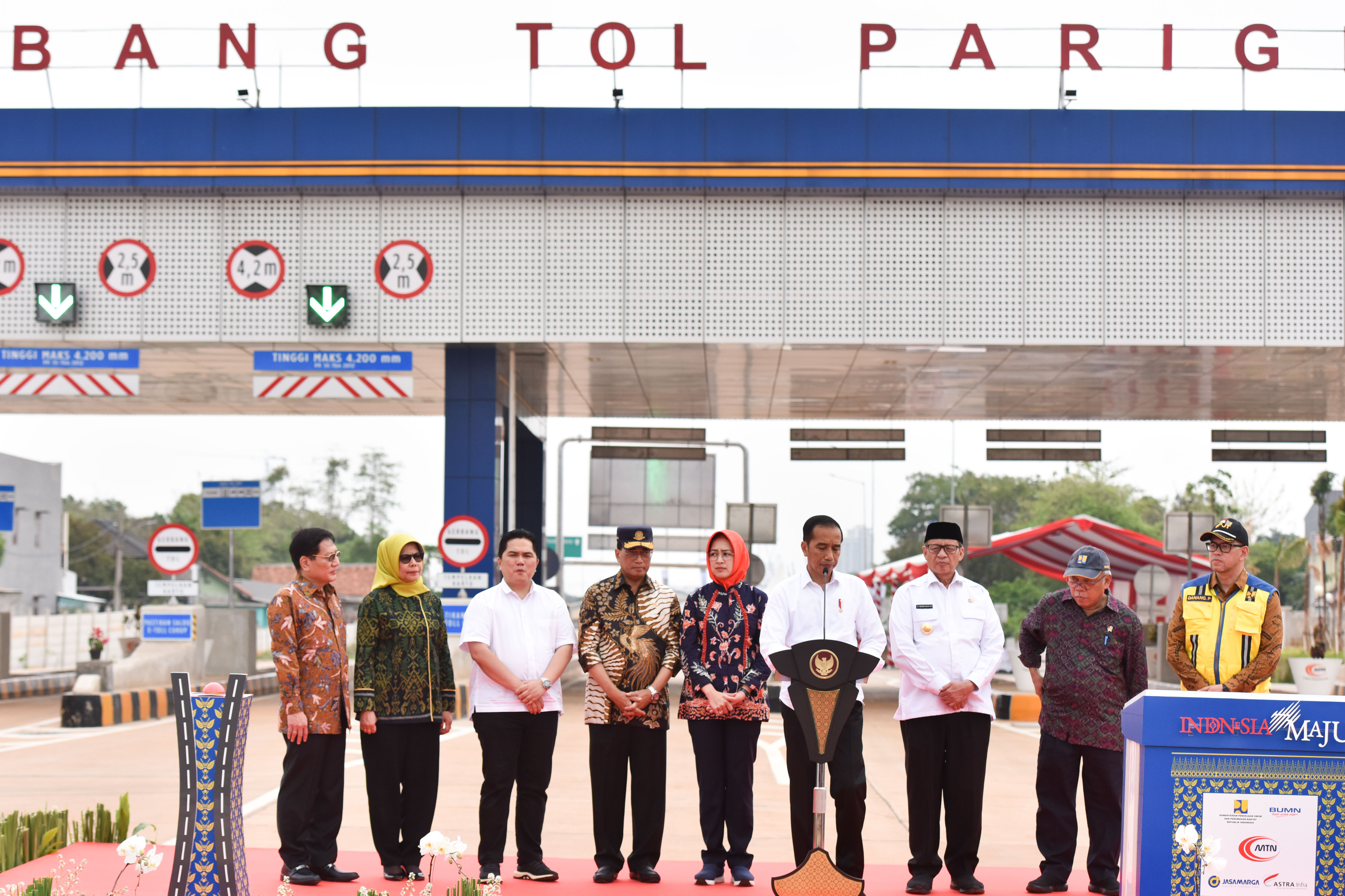 According to the President, he often received complaints from people travelling from Banten to Jakarta and vice versa. “It costs a lot of time and money,” he added.

President Jokowi also expressed hope that industries in Jakarta and Banten province will be more integrated so logistics distribution will be smoother, especially from the Merak port in the Banten province.

“The toll road will connect production centers and distribution centers, resulting in greater efficiency of traffic of goods. It means our competitiveness in investment and products will improve accordingly,” the President said.

President Jokowi went on to say that the toll road can also boost economy in Banten since the connectivity of Jakarta-Banten is increasingly smooth and companies in Jakarta can be relocated to Banten.

“I hope economy in Banten can grow faster and create more employment,” the President added.

In the meantime, Minister of Public Works and Public Housing Basuki Hadimuljono said that the toll road —which has an investment value of Rp4 trillion – consists of two sections, namely Kunciran-Parigi (6.7 km) and Parigi-Serpong (4.4 km).

According to data from the Ministry, the construction of the JORR II toll road – which circles Soekarno Hatta Airport, Cinere, Cimanggis to Tanjung Priok Port – is expected to reduce the burden of the JORR I toll road.