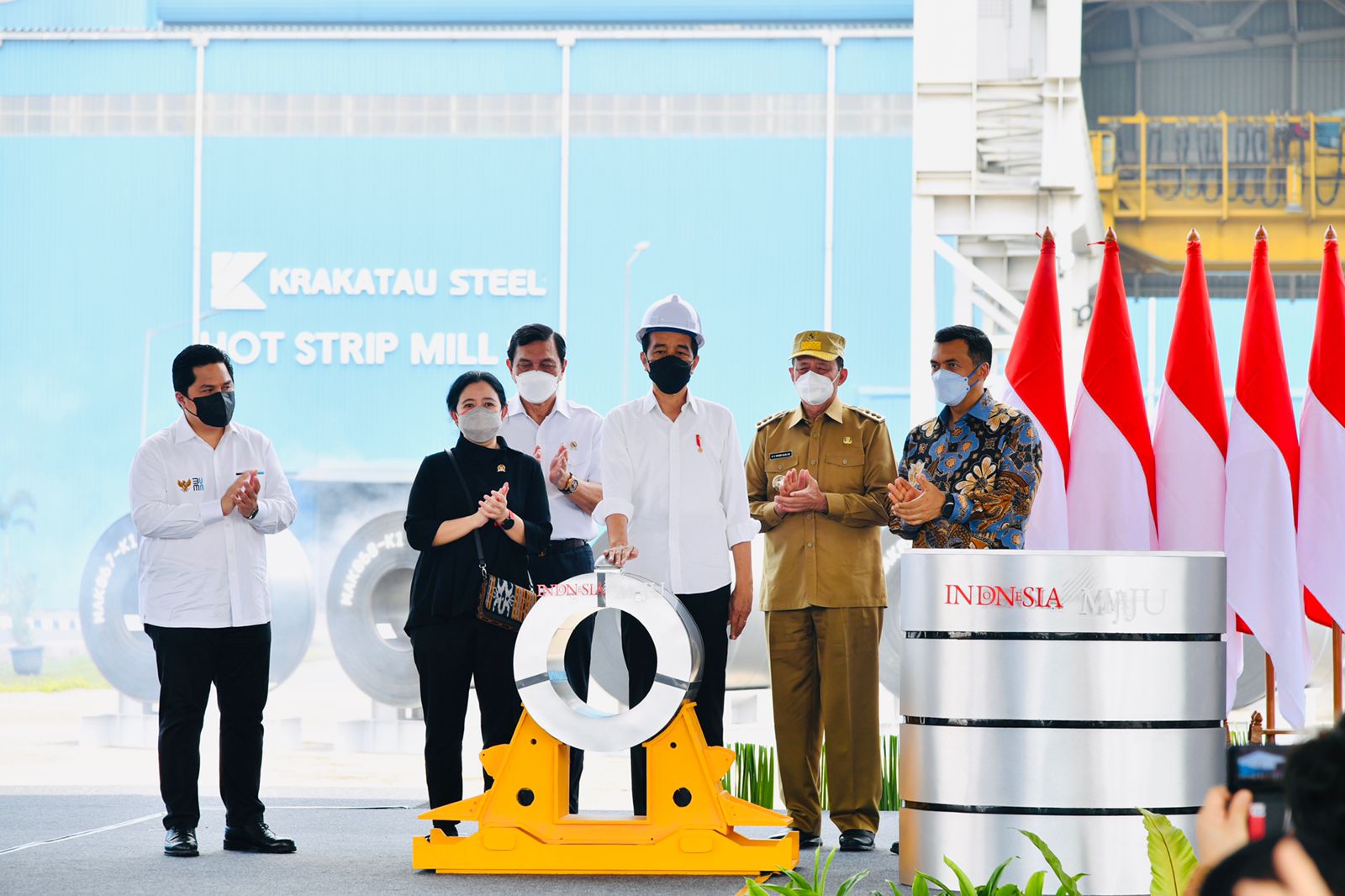 “Today, we will witness the inauguration of Hot Strip Mill #2 of PT Krakatau Steel which uses the modern and latest technology in the steel industry. There are only two in the world, the first is in the United States and the second is in Indonesia, namely in Krakatau Steel. Earlier, I have inspected the production process and it really uses high technology,” said the President.

With the operation of this factory, the President expressed hope that it can meet the domestic steel needs as well as eliminate dependence on imported steel.

“It will push down our import on steel which ranks second for Indonesia’s imported commodities. So, we hope that later we can save foreign exchange of Rp29 trillion per year, this is a very large number,” he said.

On the occasion, PT Krakatau Steel was urged to maintain the steel quality so that the quality is not inferior to imported products.

“I am sure that in the future, it will become a commodity that can compete in regional and global markets,” the President said.

After his remark, the President pressed a siren button and signed an inscription as signs of the inauguration. (TGH/UN) (FI/MMB)