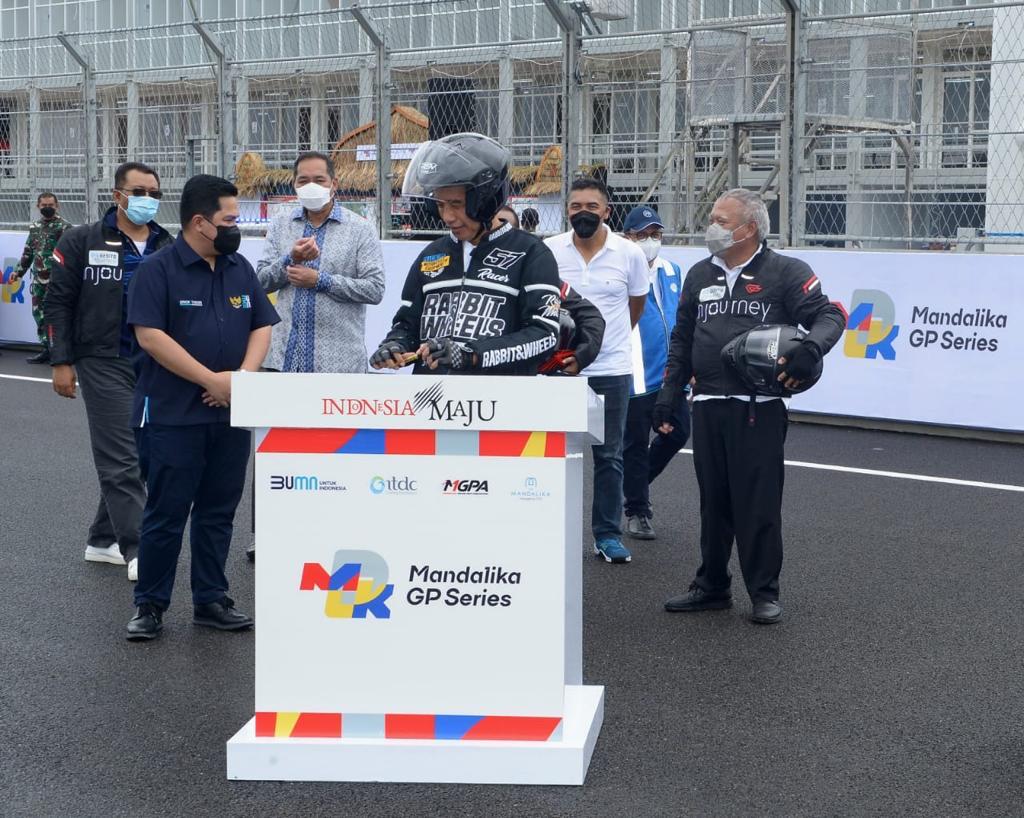 “The construction of Mandalika Circuit with a length of 4.3 kilometers using the latest asphalt technology, namely stone mastic asphalt (SMA), has also been completed and is ready for use. Everything is ready to be use to support the world-class events in Mandalika region, such as the one soon to be held, namely World Superbike 2021 and later MotoGP in March 2022,” President Jokowi remarked.

The 17.3-kilometer long road is ready for use and will reduce travel time between the airport and the Mandalika SEZ to only fifteen minutes.

Prior to the inauguration, the President also tried the Mandalika Circuit by riding his personal motorbike.

“There are a lot of very sharp curves. There are 17 curves here, which I think are all difficult for me. For racers, there might be no problem, but for me it is very difficult,” the President said after the inauguration.

The President also underscored that in organizing international events at the Mandalika Circuit, health protocols must always be observed.

“We will try World Superbike first, then MotoGP. We will carry out an evaluation. Afterwards, we will see our direction,” he said.

For the record, the Mandalika Circuit is managed by Indonesia Tourism Development Corporation (ITDC), a state-owned enterprise specializing in development and management of tourism in the country. (Presidential Secretariat/AIT) (FI/EP)