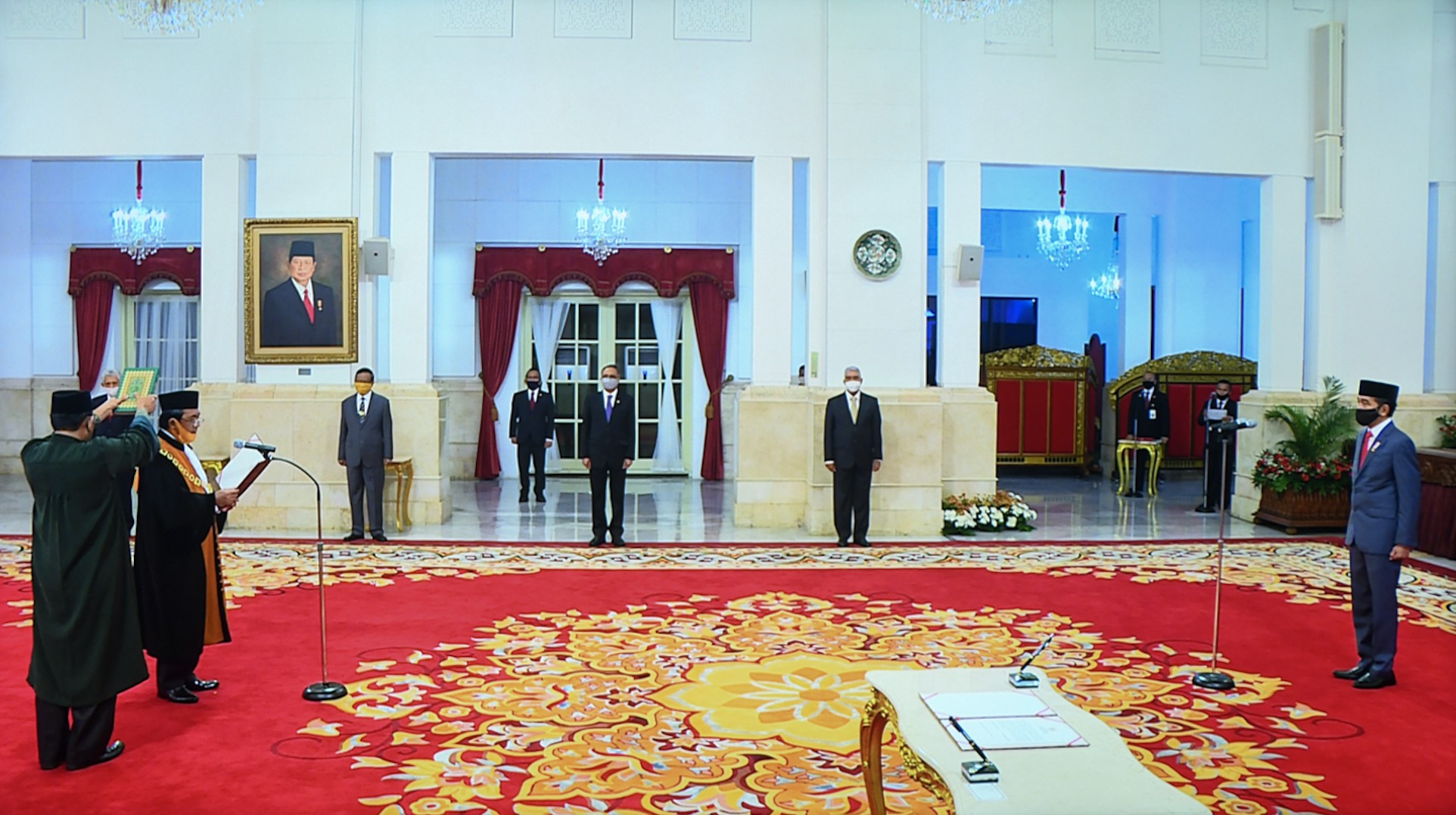 Oath-taking ceremony in the inauguration of Chief of the Supreme Court at the State Palace, Jakarta, Thursday (30/4). (Photo: PR/Ibrahim)

President Joko “Jokowi” Widodo inaugurated Muhammad Syarifuddin as the new Chief of the Supreme Court (MA) for the 2020-2025 term, at the State Palace, Jakarta, Thursday (30/4).

The inauguration ceremony was begun with reverberation of the national anthem “Indonesia Raya” and followed by the recitation of the Presidential Decree by Secretary to Minister of State Secretary Setya Utama.

Muhammad Syarifuddin then took oath of office before President Jokowi. Afterwards, he signed the inauguration ceremony minutes and received congratulations from President Jokowi and guests attending the ceremony.

For the record, Muhammad Syarifuddin was elected as the Chief Justice for the 2020-2025 term through a two-round voting system casted in a Plenary Meeting on the Election of Chief Justice that was attended by 47 Supreme Justices. (TGH/EN)