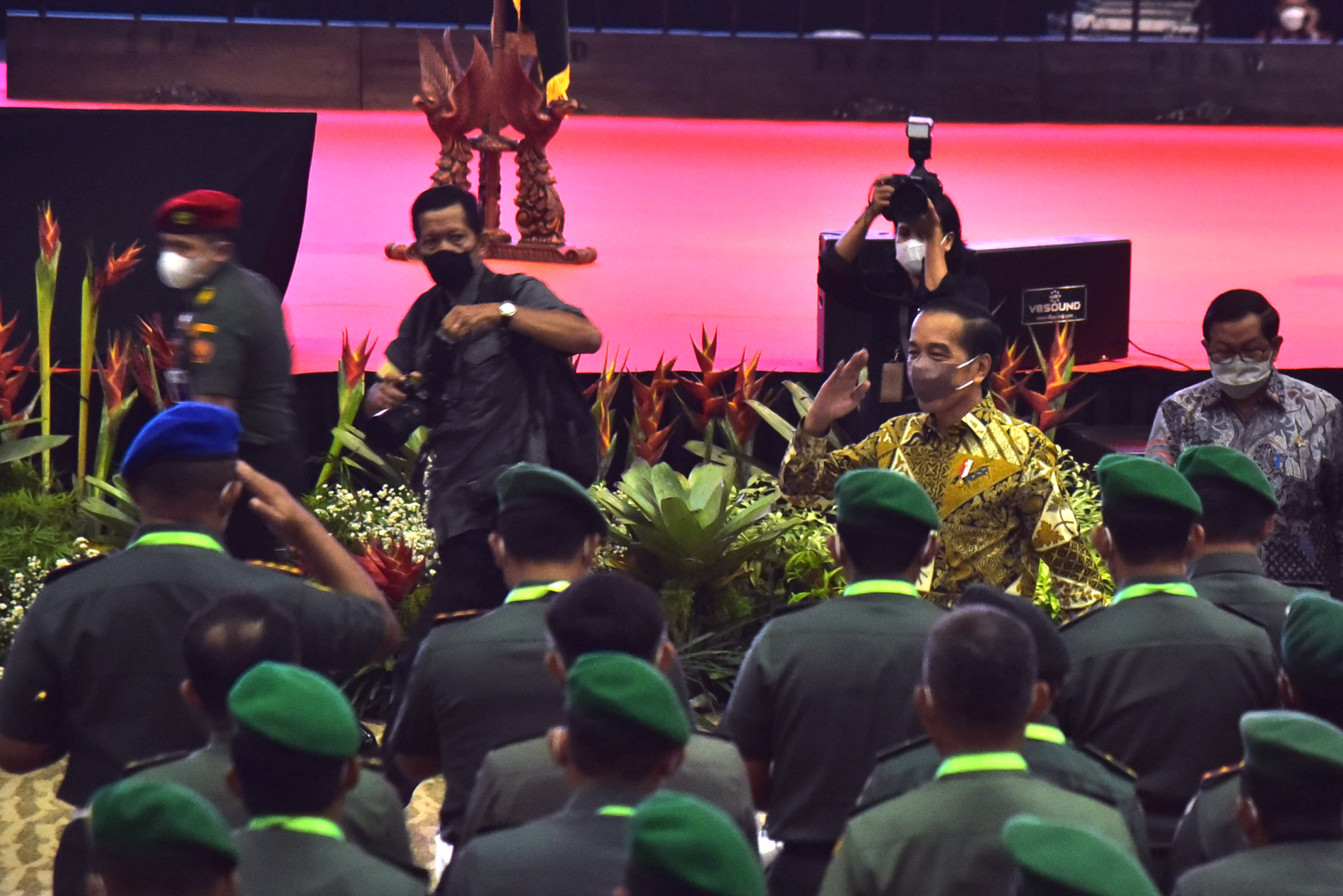 In his remarks, President Jokowi extended his appreciation on the dedication shown by the retirees during their term of office and retirement phase.

“I am aware that the dedication shown by the retirees never ceases. During the term of office as Indonesian Miltary members, you gave the best of your service, and even after retiring, you always keep our beloved country in your heart and mind. Therefore, on behalf of the people and the Government, I would like to extend my highest appreciation to you,” Presdient Jokowi said.

“I know, I know, the amounts are indeed very insufficient, particularly for those who live in Jakarta greater area,” President Jokowi observed.

The Government provides additional amount in the forms of religious holiday allowance (THR) and the 13th salary for the Indonesian Military retirees, despite that it is deemed insufficient. The Head of State explained that currently the State Budget is not in an easy position, so the the Government will calculate first before making decision on the rise of the retirees’ pension fee.

“I cannot promise you, I said that our State Budget is not in an easy position. However, after attending this event, I will call my Minister of Finance and make calculation. If the calculation is already final, I will let you all know about it,”  the President explained.

President Jokowi said that the Government continues to control the price rise, especially oil fuel price, during  the inflation occurring in many countries. The impact is that the subsidy provided by the Government in the State Budget becomes very large.

“This is what the Government is trying to control. With what? With the subsidy, because once the gas price rises, the commodities’ price is going to surge too.Consequently, the Government provides subsidy budget in a large amount. Rp502 trillion subsidy, no other country has the courage to provide that much as has been done by Indonesia,” he said.

President Jokowi also explained that the global economic situation is currently in an uneasy state. The United Nations, the International Monetary Fund, and the World Bank have predicted that there will be 60 countries will have their economy fall and 320 million people will be suffering from hunger accutely.

“I am telling you what it is because the current economic growth position is not only decreasing, but it is dropping. Singapore, Europe, Australia, USA, their economies are dwindling, while the inflation rate increases, all commodities’ price surges. This condition is very, if I may say, the world is currently in a distressing condition,” the President remarked.

Before inaugurating the national gathering, President Jokowi was inspecting the exhibition of small and medium enterprises coming from all over Indonesian regions participating at the event.