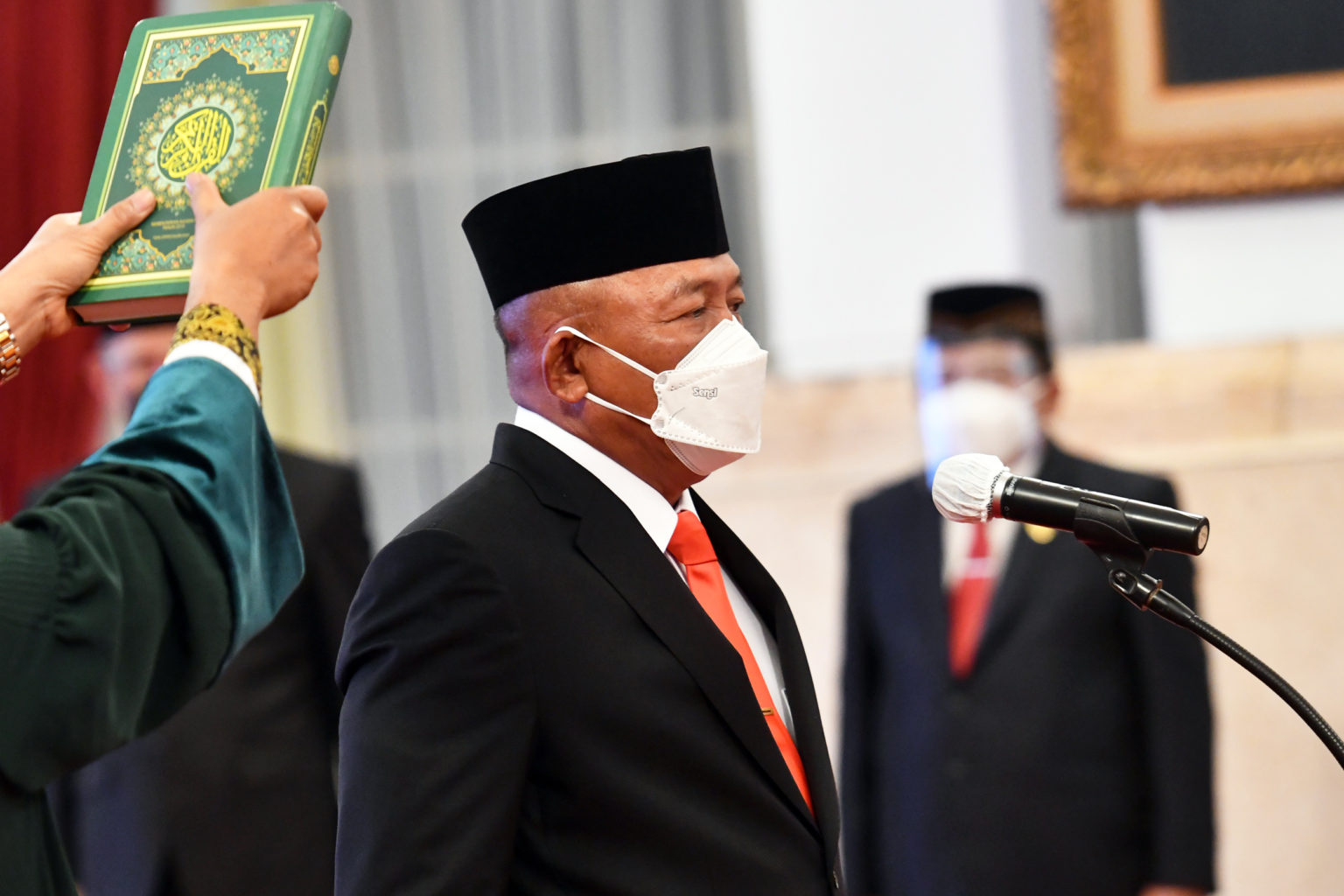 Ganip Warsito takes the oath of office as Head of the National Disaster Management Agency (BNPB), at the State Palace, Jakarta, Tuesday (25/5). (Photo by: PR of Cabinet Secretariat/Rahmat)

The inauguration is held based on Presidential Decree (Keppres) Number 79/P of 2021 on the Dismissal and Appointment of Head of the National Disaster Management Agency. The decree was stipulated in Jakarta, Monday (24/5).

Under the Presidential Decree, the Chief of General Staff of the Indonesian National Defense Forces (TNI) Lt. Gen. Ganip Warsito was appointed as the successor to Head of the National Disaster Management Agency Doni Monardo, who is to retire from the position on 1 June 2021.

The inauguration ceremony began with the reading of the Presidential Decree by Deputy for Apparatus Administrative Affairs of Ministry of State Secretariat Nanik Purwanti. Afterwards, the President recited the oath to be repeated by the newly-inaugurated Head of the National Disaster Management Agency.

“I do solemnly swear to uphold the 1945 Constitution of the Republic of Indonesia and to execute all laws and regulations in the fairest way possible, to dedicate myself to the service of the nation and the state. In carrying out my duties, I will uphold job ethics, do my best to fulfill my responsibility,” the newly-inaugurated Head of BNPB took his oath of office.

The inauguration was followed by congratulatory messages by President Jokowi and Vice President Ma’rif Amin as well as other invited guests. (FID/AIT/UN) (RIF/LW)