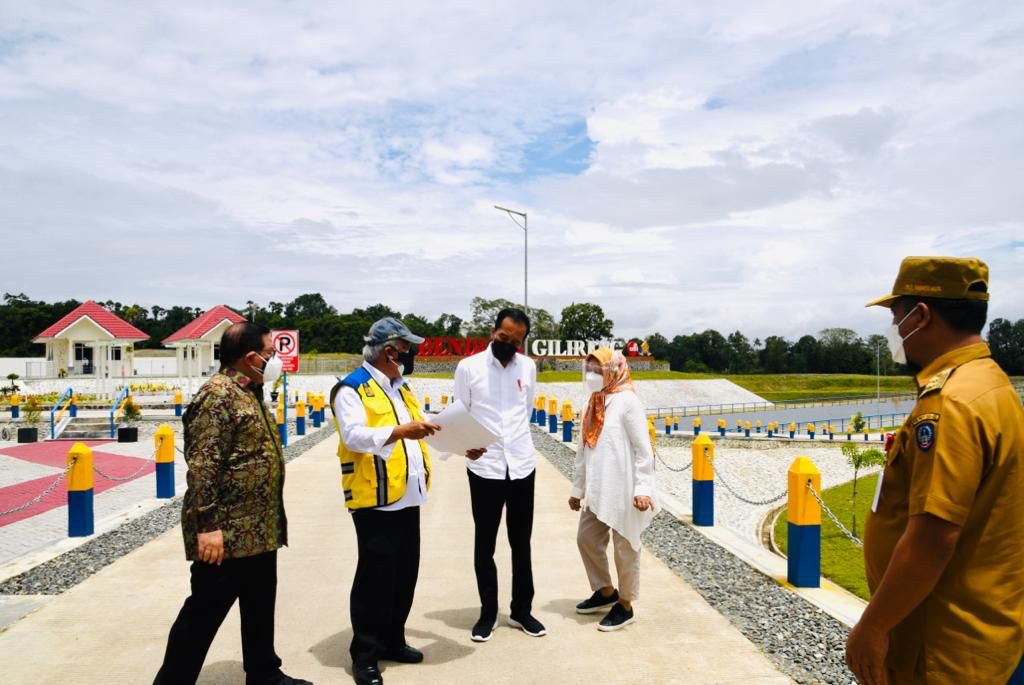 “Alhamdulillah, thank God the Almighty, Paselloreng Dam which has been constructed since 2015 is now completed and ready to operate,” President Jokowi said during the inauguration.

Constructed by using Rp771 billion of budget, Paselloreng Dam can accommodate 138 million cubic meters of water with an inundation area of 1,258 hectares. The dam coupled with Gilireng Weir for irrigation system is expected to increase production of crops in the province as the national food estate area.

“The dam can also irrigate 8,500 hectares of land. We hope the water supply can increase planting season from one to two or three times which will increase production of crops and improve farmers’ well-being,” he said.

In addition, the dam also serves to preserve water security, reduce flood from Gilireng River as it discharges 489 cubic meters of water per second, and provide raw water to six sub-districts in Wajo regency with a capacity of 145 liter per second.

On that occasion, the President underscored that water supply and irrigation are needed to materialize national food security. Therefore, more dams need to be built to ensure sustainable water supply. In that regard, the President affirmed that the Government will continue to build dams in many regions throughout the country.

“By December, the construction of 17 dams will be completed. We hope the dams can strengthen and improve our food security,” he added. (SLN/UN) (RAS/MUR)