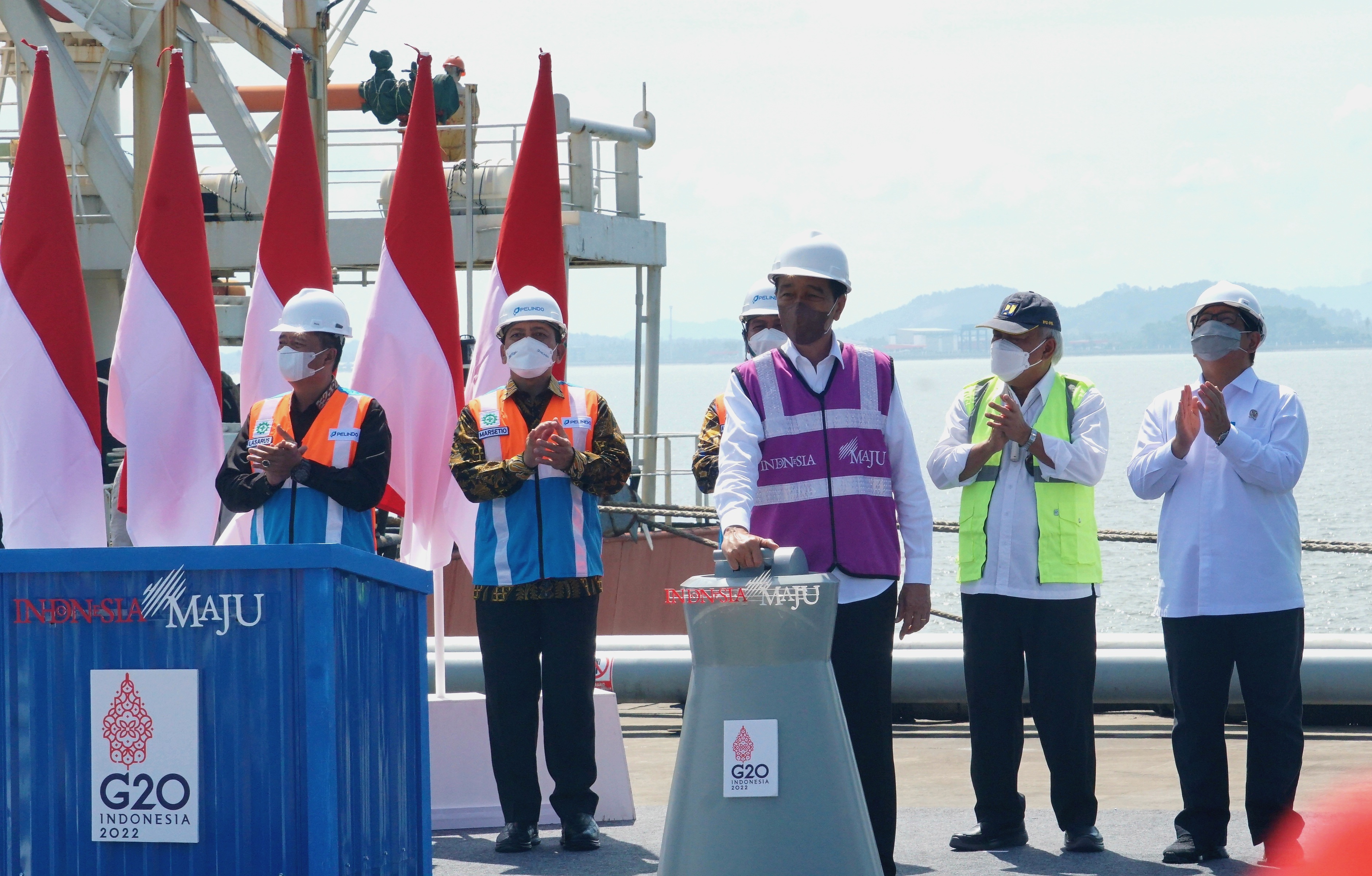 In the series of working visit to West Kalimantan province, President Joko “Jokowi” Widodo Tuesday (08/09) inaugurated Kijing Terminal of Pontianak Port in order to strengthen competitiveness in the province.

“The port is expected to strengthen competitiveness of top products of West Kalimantan province since we have seen the potential in crude palm oil, alumina, bauxite, and the like,” the President said.

The construction of Kijing Terminal of Pontianak Port was started in 2016 at a cost of Rp2.9 trillion and was completed in May 2022. This huge investment was expected to be able to strengthen the competitiveness and improve connectivity among ports, islands, and countries.

For the record, Pontianak Port is dubbed as the largest one in Kalimantan Island with a capacity of 500 thousand TEUs and can accommodate eight million non-containers. The port is built in an effort to intensify upstreaming and down streaming processes. The President expressed belief that the processes will lead to multiple added value in forms of state revenue and new job opportunities.

The Head of State has ordered Minister of Public Works and Public Housing to expand roads connecting the port and Pontianak city which will ensure smooth transportation of containers.

The port is also expected to boost speed, connectivity, and efficiency of logistic transport that are defining factors of Indonesia’s competitiveness level in the global market. It is also possible that foreign investors are attracted to invest in the port.

According to the President, areas surrounding the port can also be developed for several industries. Therefore, transportation cost from factories or industries to the port can be reduced. (RSF/AIT/UN) (RAS/MMB)