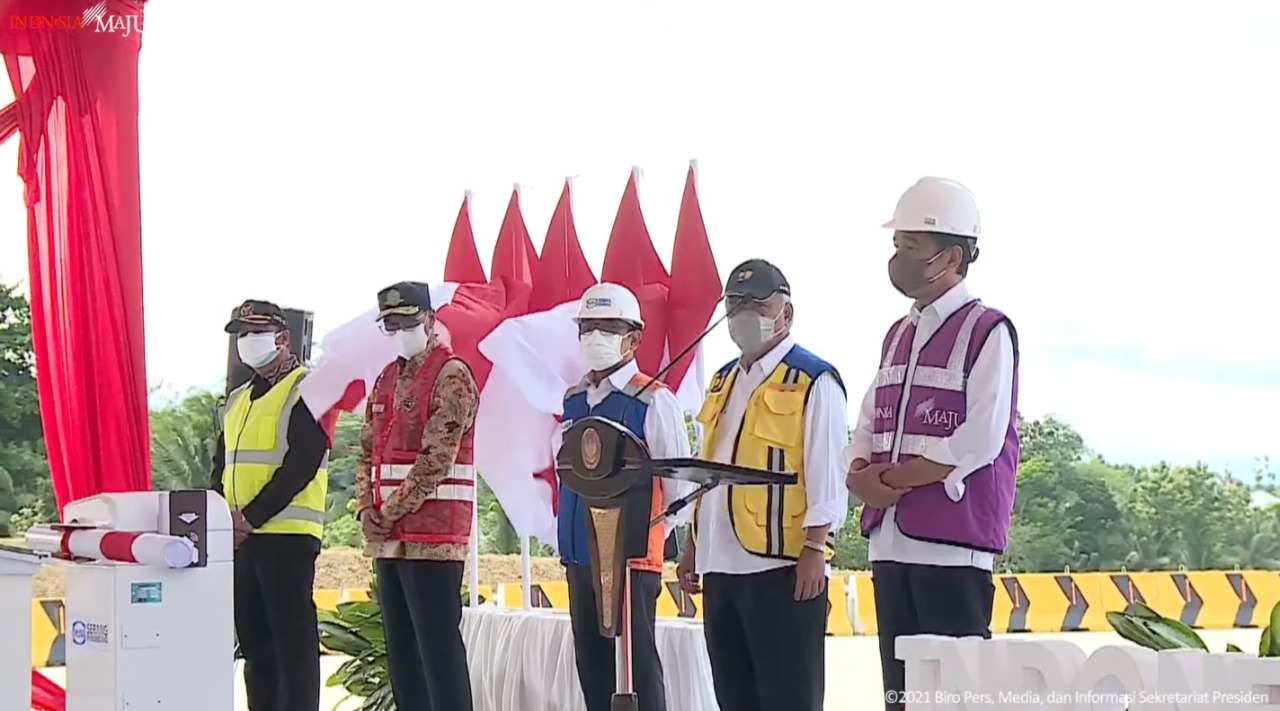 “Thank God, this morning the construction of Serang-Rangkasbitung segment of Serang-Panimbang Toll Road Section 1 was completed and it is ready for operation. It will be followed with the construction of Section 2, which includes 24-kilometer Rangkasbitung-Cileles segment and 33-kilometer Cileles-Panimbang segment. It is scheduled, God willing, to be finished at the end of 2023,” he said in his opening remarks.

The Head of State expressed optimism that this infrastructure will boost economic growth in the province.

“This ease of connectivity, once again, is an important factor to boost local economic growth. I am certain that it will uplift the economic growth of Banten province, especially areas around this toll road, namely Lebak regency and Pandeglang regency,” he said, adding that infrastructure, including toll roads, is a foundation of the country to compete with other countries.

“It means that we are improving our competitiveness. It is impossible for a country to top other countries if its competitiveness index is lower because without infrastructure, prices of available goods will be higher. That is what we seek to improve,” he said, adding that with adequate infrastructure, products from across Indonesia can be better distributed with more affordable prices.

“[It] also facilitates production. People produce, farms produce, plantations produce. They have the road to [distribute products] to consumers, so it will be easier. And most importantly, with the construction of a road, it will provide many job opportunities,” the President added.

The President also stated that infrastructure will also build a country’s civilization.

Echoing a similar sentiment, Governor of Banten Wahidin Halim reported that the toll road will shorten travel time and boost interactions among regions.

“It will bring extraordinary benefits, including interaction among the people of Lebak and Jakarta and Serang as this toll goes through Serang city, [Serang] regency, and Lebak,” he remarked.

After delivering his opening remarks, the President stuck an electronic card on an automatic gate replica and signed an inscription to mark the inauguration of the toll road. (FID/UN) (DH/EP)