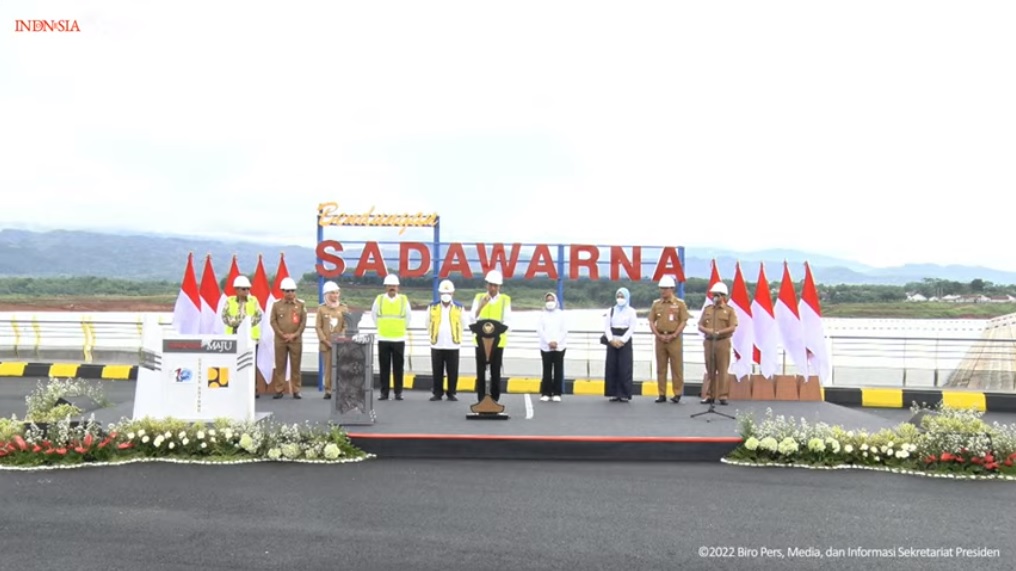 “By saying bismillahirrahmanirrahim, this morning I inaugurate the Sadawarna Dam in Sumedang regency, West Java province,” the President said.

For the record, Sadawarna Dam is the 33rd dam that President Jokowi has inaugurated in the last eight years.

“We know that Indramayu is the largest surplus contributor in Indonesia and we hope that the number will increase, as the Governor stated earlier, from 1.3 million tons to 1.8 million tons in Indramayu regency alone,” the President said.

President Jokowi also expressed his gratitude to the Regent of Sumedang and all people of Sumedang for providing water to irrigate rice fields in Indramayu region. The President said that the dam has a water reservoir area of 680 hectares and can irrigate approximately 4,280 hectares of rice fields.

“With many reservoirs across Indonesia, we hope that the productivity of rice farming, horticultural commodities and other commodities can be improved and we will maintain our food security. That is the main purpose of building a reservoir, in addition to being utilized for tourism, for power generation, and also for the supply of raw water,” the President remarked.