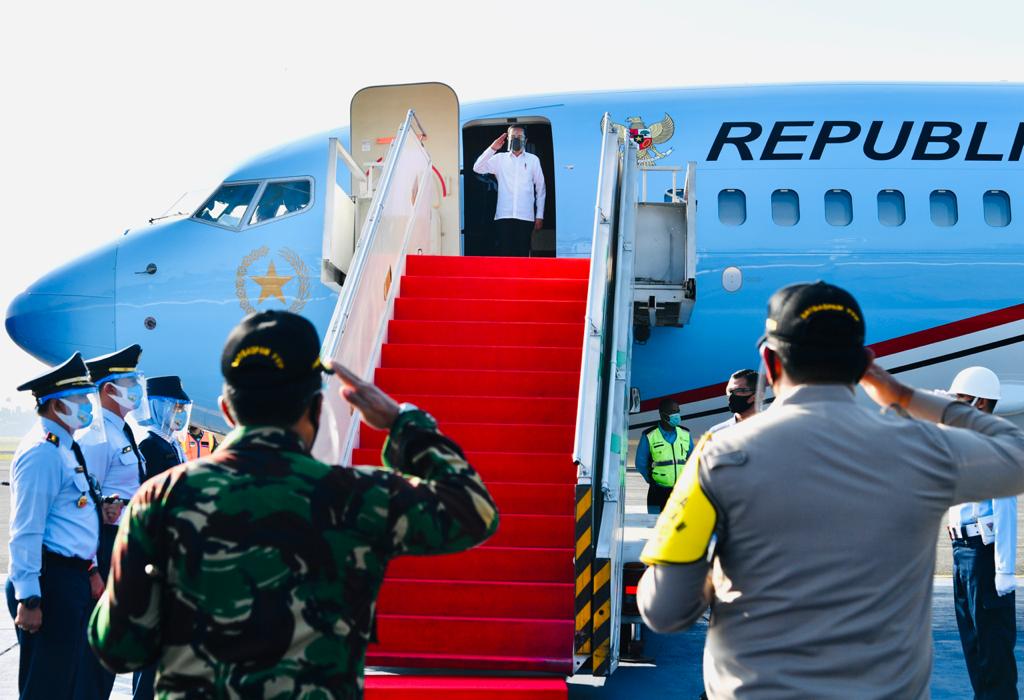 “I would like to thank the Governor, the Regent, and the entire community in Aceh for the land acquisition process in Aceh Province which is the fastest, as far as I know, the fastest. For example, 74 kilometers from Banda Aceh to Sigli has reached 86% progress, this is very fast. It makes the construction can be carried out immediately,” the President stated.

According to the President, if the methods implemented in Aceh were applied to other provinces, with the speed of construction, all toll roads could immediately become fully operational. “If it is operational, access to the airport will be easier and faster, the travel time will be shorter,” the President said.

President Jokowi also stated that the smoother the connectivity and the more connected the transportation, the faster the people and goods’ mobilities and the more efficient the costs. “Economic growth will be linked from one point to another so that the economy will move faster. And we hope that this new infrastructure will generate new economic growth points, new businesses, expansion of existing businesses,” he said.

In addition, the President expressed hope that the existence of this toll road can boost the economy in Aceh at large with the goal to create as many jobs as possible. On that occasion, the President also instructed the Aceh Governor to connect the toll road to agricultural centers, tourism centers, and industrial zones so that it would truly benefit the people of Aceh.

The President also expressed hope that Aceh will regain the epicenter of new economic growth on the island of Sumatra and will continue to involve micro, small and medium enterprises so that these enterprises also benefit from the infrastructure built.

For the record, the President is also scheduled to distribute the Productive Presidential Aid for Micro Enterprises to a number of representatives before giving his directives on integrated COVID-19 handling in Aceh Province. (BPMI/TGH/EN)