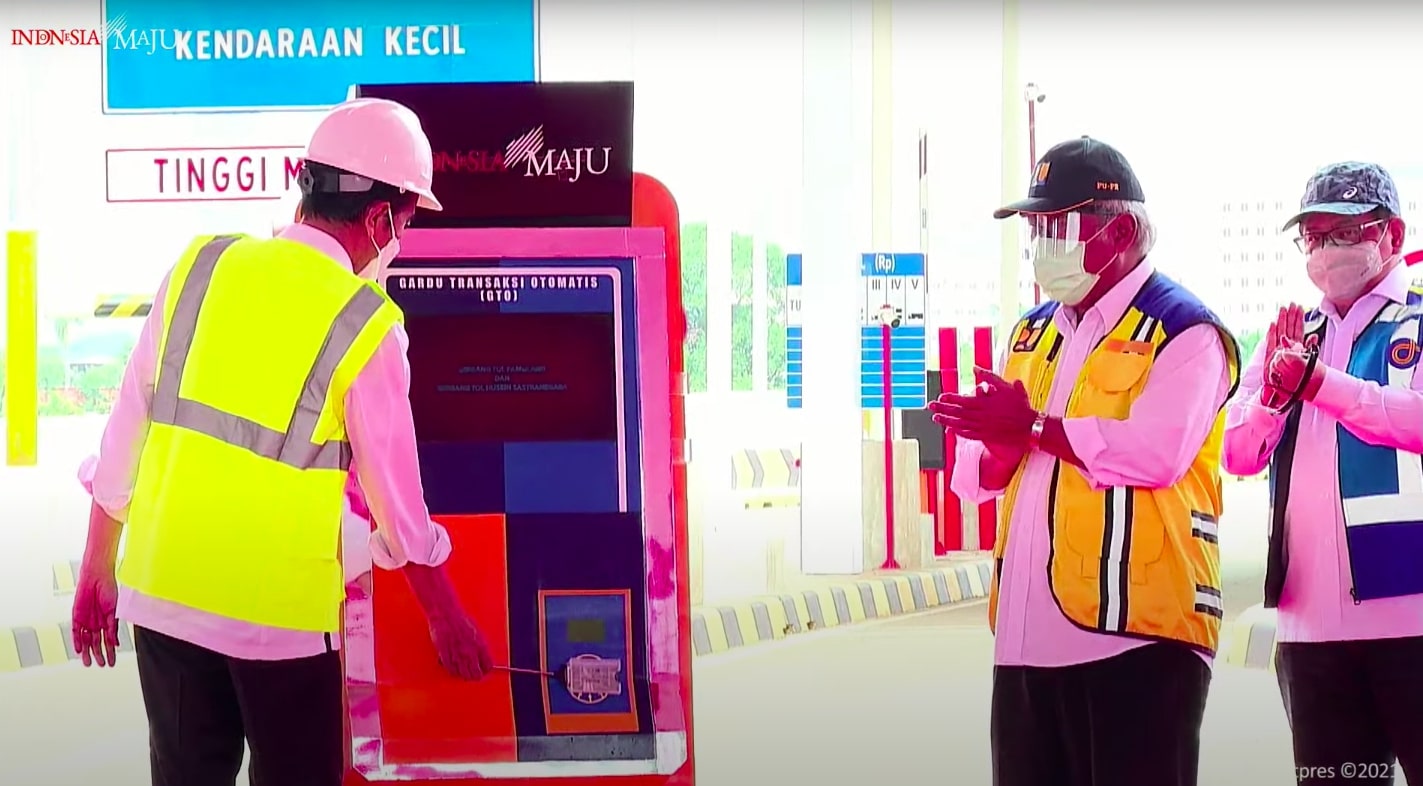 For the record, these toll roads are part of the Jakarta Outer Ring Road (JORR) II Toll Road that were constructed to complete toll road structure in Greater Jakarta (Jakarta, Bogor, Depok, Tangerang, Bekasi) area and also to complete the west side of JORR II toll road. The long-awaited toll roads serve as alternative roads for people living in Tangerang city and South Tangerang city to go to the Soekarno Hatta International airport.

These toll roads are expected to improve people’s mobility, solve traffic congestion problem in Jakarta, and also facilitate smooth goods distribution to various areas so that travel time and logistics costs can be reduced.

President Jokowi further affirmed that these toll roads do not only enhance inter-regional connectivity but also increase regional competitiveness, rebuild economy in the region, boost the development of new economic centers, and develop symbols of productive economic growth.

The President also ordered the regional government to make use of these infrastructure as one of regional advantages and as an important capital to attract investment to the region in order to create more job opportunities.

The Governor of Banten Wahidin Halim, on the occasion, explained that this is the third toll road inauguration in the province. At the moment, 13 national projects are being carried out. He also expressed his gratitude to President Jokowi and hope that the projects will be beneficial to all people, especially in the province. (FID/ UN) (AP/MMB)