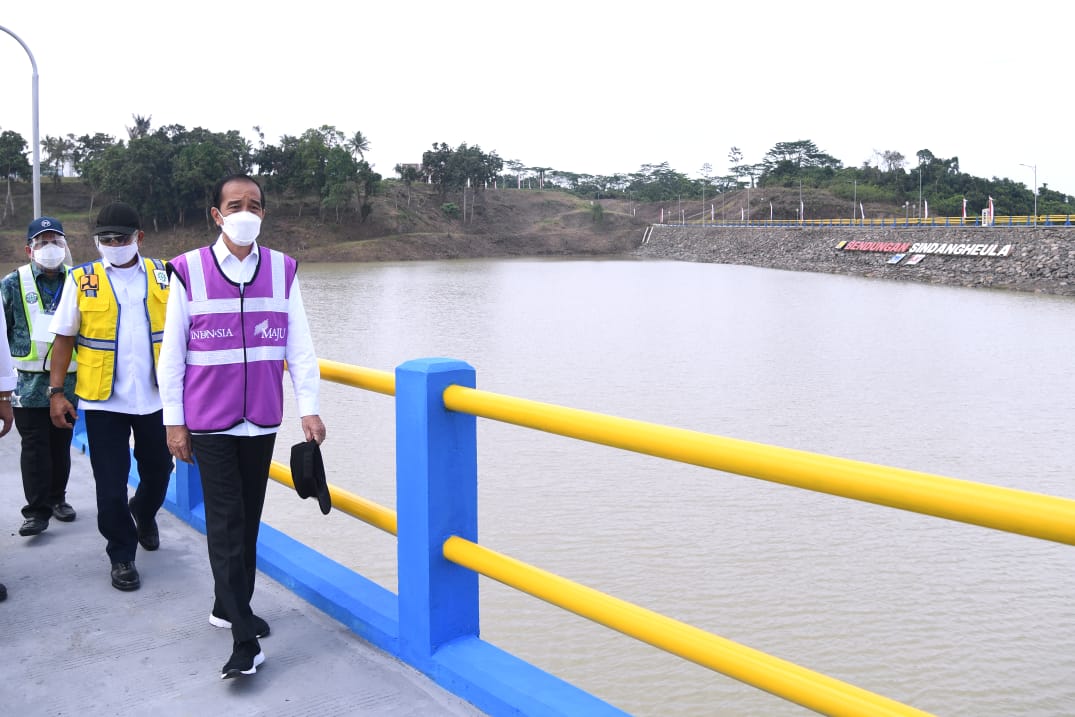 “Alhamdulillah, today the Sindang Heula Dam, which was built in 2015, has been completed and ready to function. I ask the local government and the community to maintain and make the best use of this dam to improve the welfare of our people,” the President said in his remarks at the inauguration.

The Head of State said that the Sindang Heula Dam was built to boost agricultural productivity in Banten region. With a capacity of 9.3 million cubic meters, the dam is expected to irrigate 1,280 hectares of rice fields in Banten, particularly in Serang Regency.

“We hope that this dam will provide great added value for farmers in Banten in ensuring sufficient water availability, so that we will be more productive and can maintain food security, especially in Banten Province,” he said.

In addition, the dam also serves as a flood control. It is able to reduce flooding of 50 cubic meters per second from overflowing rivers, such as Ciujung and Cidurian Rivers.

The dam also serves as a power plant with a capacity of 0.40 megawatts. The President expressed hope that it can be utilized by Banten Province to reduce the dependence on fossil energy.

On that occasion, the President said that the surrounding area can also be used as conservation and tourism areas.

“This dam can also function as conservation and tourism areas. We have to maintain conservation area around the reservoir so that the water level will increase every year and it can bring benefits to the community in Banten Province. And of course, I saw firsthand, this can be a new tourist destination in the Province. This dam may also attract people from other provinces,” he said.

After delivering his remarks, the President pressed the siren button to mark the inauguration of Sindang Heula Dam. (TGH/UN) (RIF/MMB)