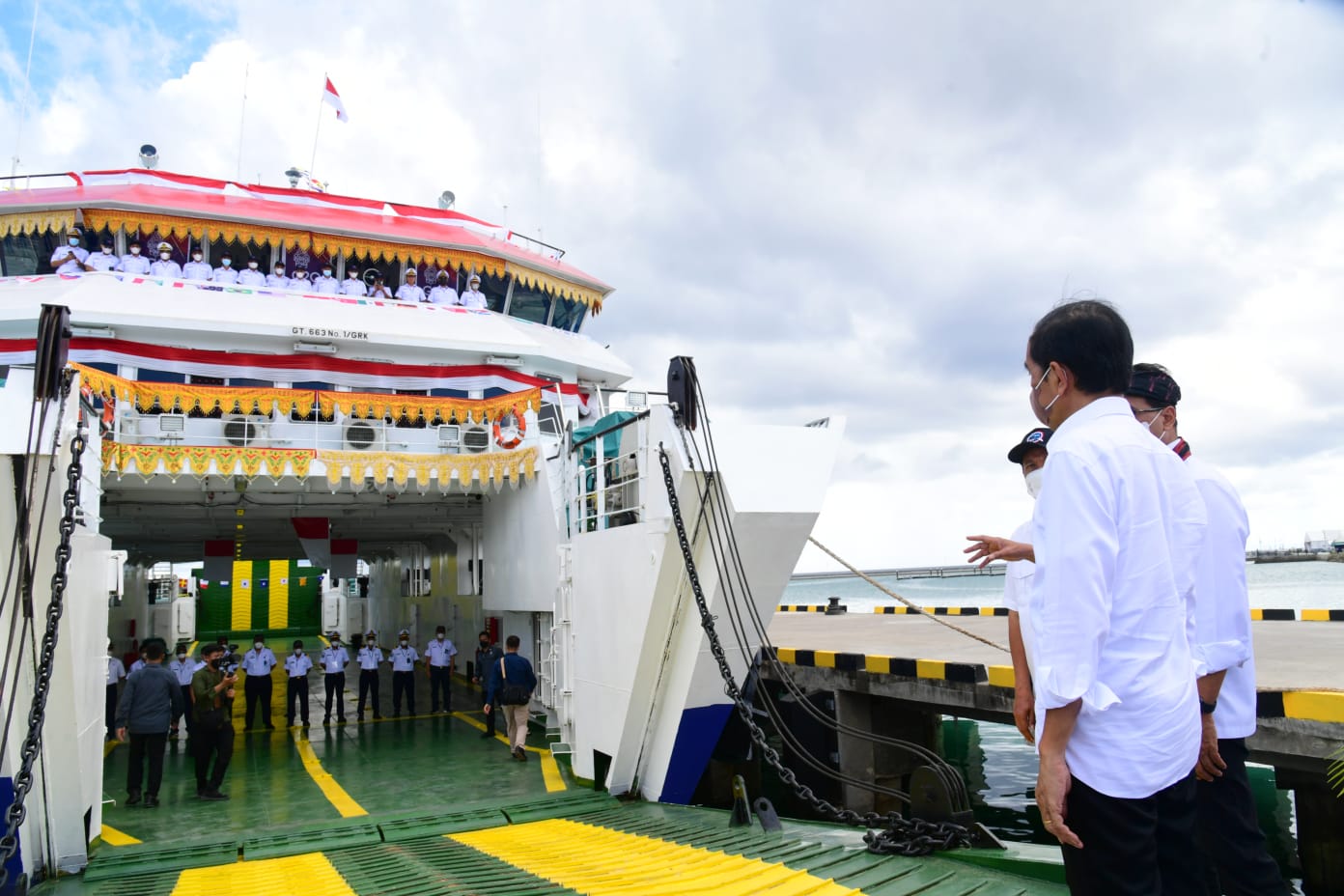 “We hope the ports and ferry can ensure easier activity and mobility. In particular, transport of goods, staple foods, and inter-island connectivity in Wakatobi regency are expected to improve,” the President said.

In the meantime, Minister of Transportation Budi Karya Sumadi, underscored that the construction of ferry ports and procurement of passenger ferry in Wakatobi regency is a proof that the Government adopts Indonesia-centric paradigm in transportation development in which the development is not only focused on Java Island.

“We build transportation infrastructure in isles to enhance connectivity,” he said, adding that the newly-inaugurated ports and ferry are expected to support Wakatobi National Tourism Strategic Area (KSPN) and create new centers for economy in Wakatobi regency and surrounding areas.

The Government will also ensure that infrastructures built in Wakatobi bring direct benefits to the community as well as support tourism sector so that both domestic and international tourists can enjoy the beauty of the region.