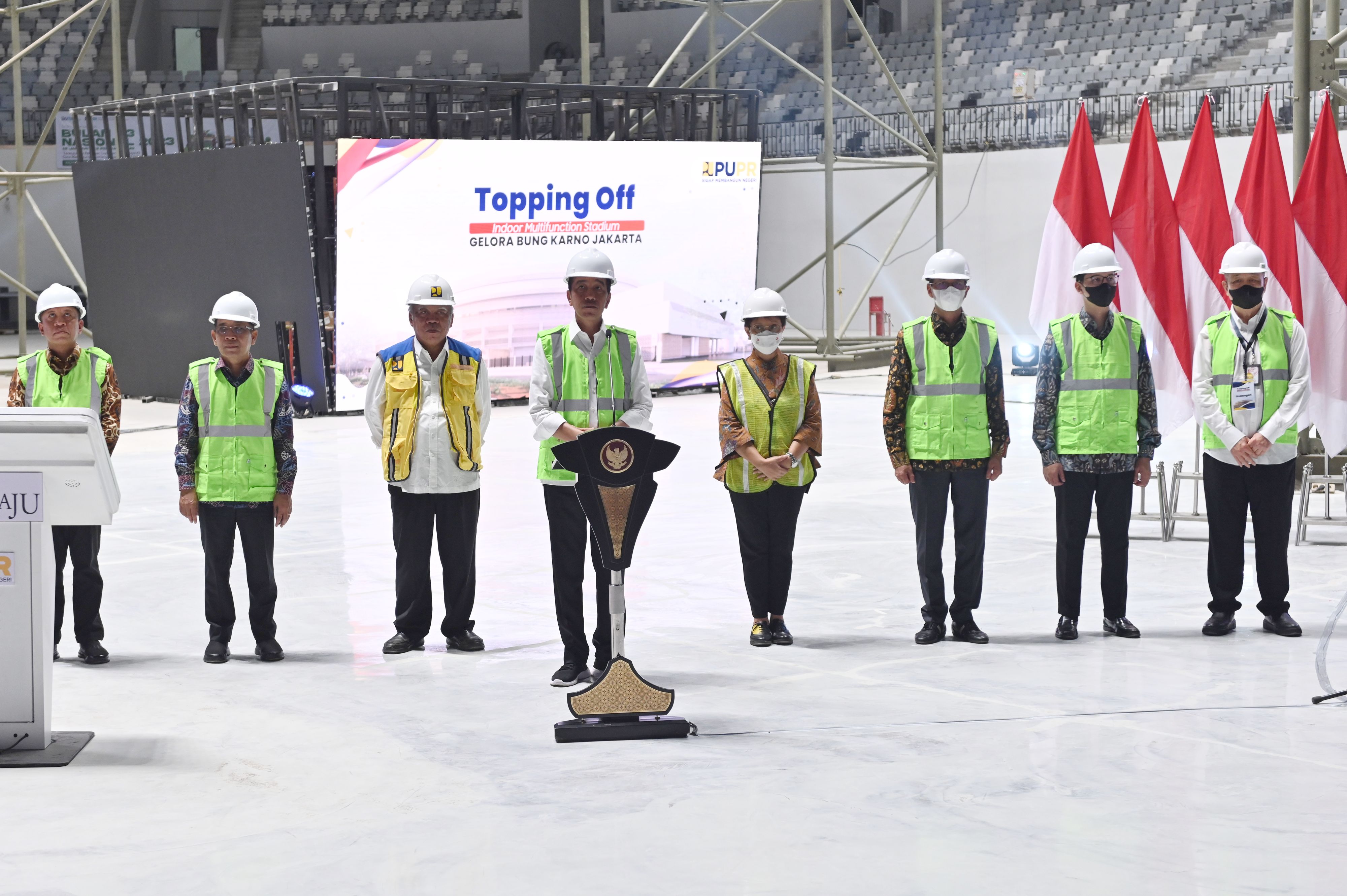 President Jokowi inaugurates the topping off ceremony of GBK IMS in Jakarta, Friday (01/13) (Photo by: PR of Cabinet Secretariat/Rahmat)

For the record, the GBK IMS with the capacity of 16,250 spectators is an indoor multifunction facility that has the biggest capacity in all over Indonesia and can not only be functioned for sport events, but other international events as well.

President Jokowi added the building that is equivalent to facilities in other big cities around the globe will continue to be built in Jakarta.

In the meantime, Minister of State-Owned Enterprises Erick Thohir reported that the GBK IMS was built by Ministry of Public Works and Public Housing using Artificial Intelligence system.

“It is the first time for Minister of Public Works and Public Housing erects the building with a 7D system. It is indeed computer-based, AI-based,” Erick stated.

The Minister added that the GBK IMS will be a place for hosting the 2023 FIBA World Cup organized by Ministry of Youth and Sports, the Indonesian Basketball Association (PB Perbasi). (TGH/UN) (AP/HD/EP)