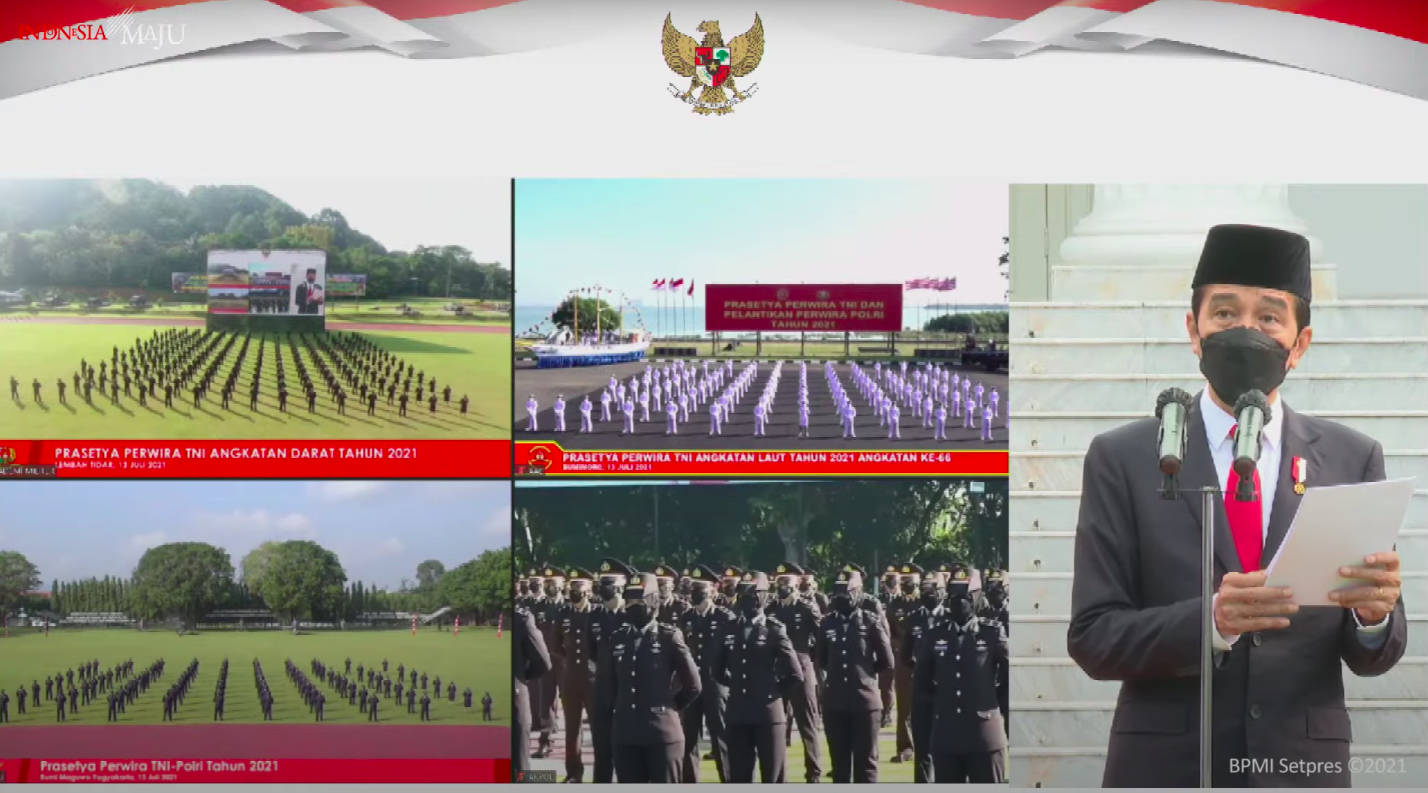 On that occasion, those youth officers pledged that they will fulfill their obligations as officers and to be devoted to the Indonesian nation and the Republic of Indonesia based on five principles of Pancasila and the 1945 Constitution.