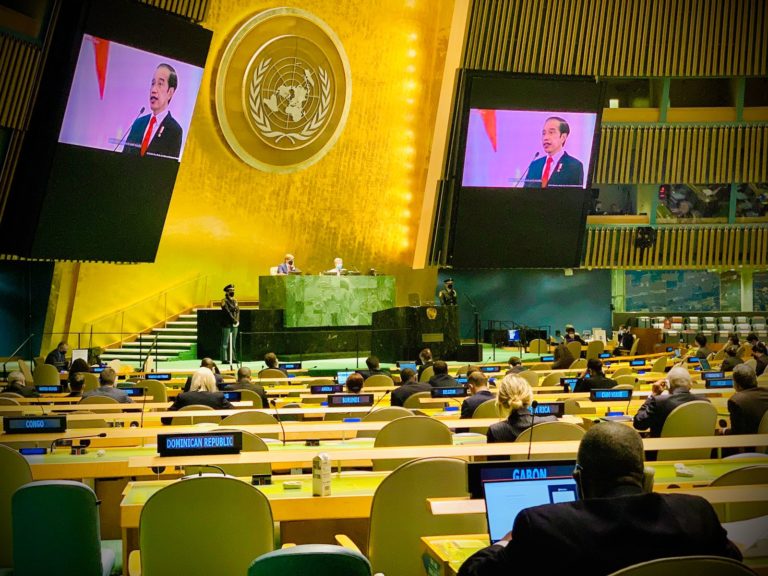 Indonesia will make the best endeavor to ensure that the G20 can benefit all countries, President Joko “Jokowi” Widodo has stated.

“The inclusiveness is a top priority for Indonesia’s leadership. Indonesia is committed to ensuring that no one is left behind. Indonesia will make the best endeavor to ensure that the G20 can benefit all, including developed and developing countries, countries in northern and southern hemisphere, large and small countries, archipelagic countries and small islands in the Pacific, as well as vulnerable groups that must be prioritized,” President Jokowi said in his remarks through video conference at the 76th UNGA General Debate Session on Thursday (23/09) Western Indonesia Time.

The President added that green and sustainable economy will also be a priority for Indonesia.

Indonesia, he added, plays a strategic role in addressing climate change issues and will continue to make the best efforts to fulfill its commitments.

“In 2020, Indonesia has succeeded in reducing forest fires by 82 percent compared to the previous year. The rate of deforestation dropped significantly, the lowest in the last 20 years,” he explained.

The President further said that Indonesia reaffirms its hope and support towards multilateralism. According to President Jokowi, it is very important to strengthen effective multilateralism with concrete work and results. (BPMI of Presidential Secretariat/UN) (RI/LW)