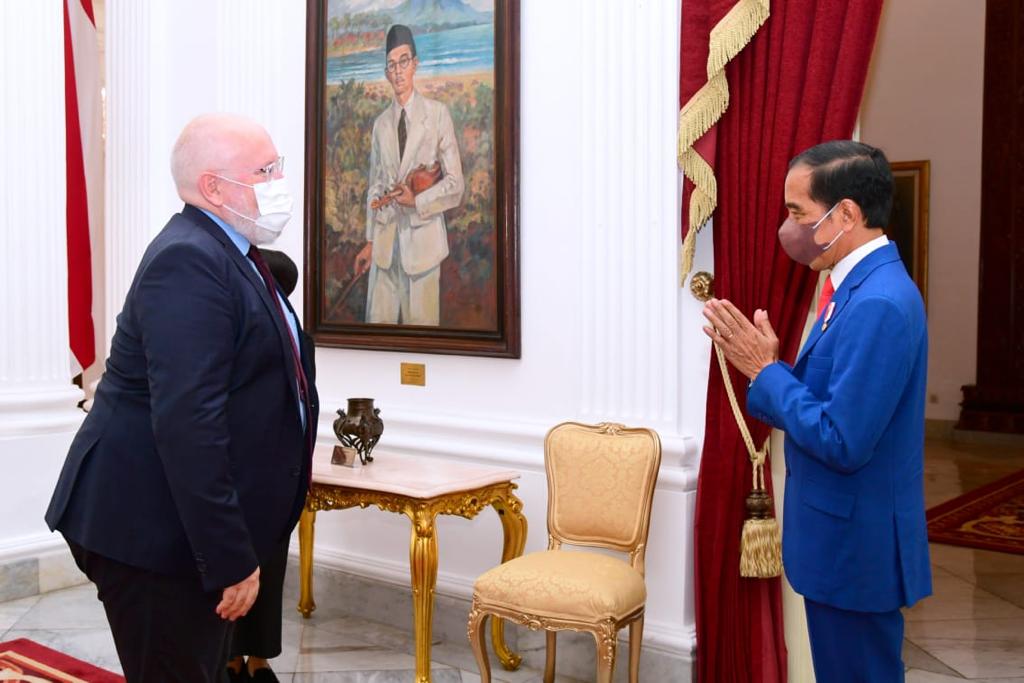 Indonesia has a strong commitment as part of the solution to climate change, President Joko “Jokowi” Widodo has stated.

The President made the statement when receiving Executive Vice President of European Union’s Green Deal Frans Timmermans, at the Merdeka Palace, Monday (18/10).

“As one of the owners of the largest forests and mangrove ecosystems, Indonesia is aware of its strategic position,” the President said as quoted by Minister of Foreign Affairs Retno Marsudi.

According to the Minister, President Jokowi affirmed that the issues of climate change and the environment cannot be separated from the issue of sustainable development goals.Thus, there should be a balance between protecting nature and carrying out the development.

“The balance is needed and it will only be achieved if we join hands,” Retno said.

On that occasion, the President also pointed out the concrete measures that have been achieved by Indonesia as a form of commitment to dealing with climate change.

“Efforts to control climate change through emission reduction by 29 percent and 41 percent with international assistance by 2030 so far are running well. Fulfillment of this commitment is contributed by the reduction in forest fires, reduction in forest emissions and land use, deforestation rate that reached the lowest level, and mangrove rehabilitation that reached 600 thousand hectares,” she said, adding that Indonesia does not want to be trapped in its own rhetoric and prefers to strive for emission reductions as committed in the Paris Agreement.

The Minister also reaffirmed the President’s viewpoint that affordable technology and investment are very important for all countries to make an energy transition so that cooperation is the key to a successful energy transition. (BPMI of Presidential Secretariat/UN) (RIF/LW)