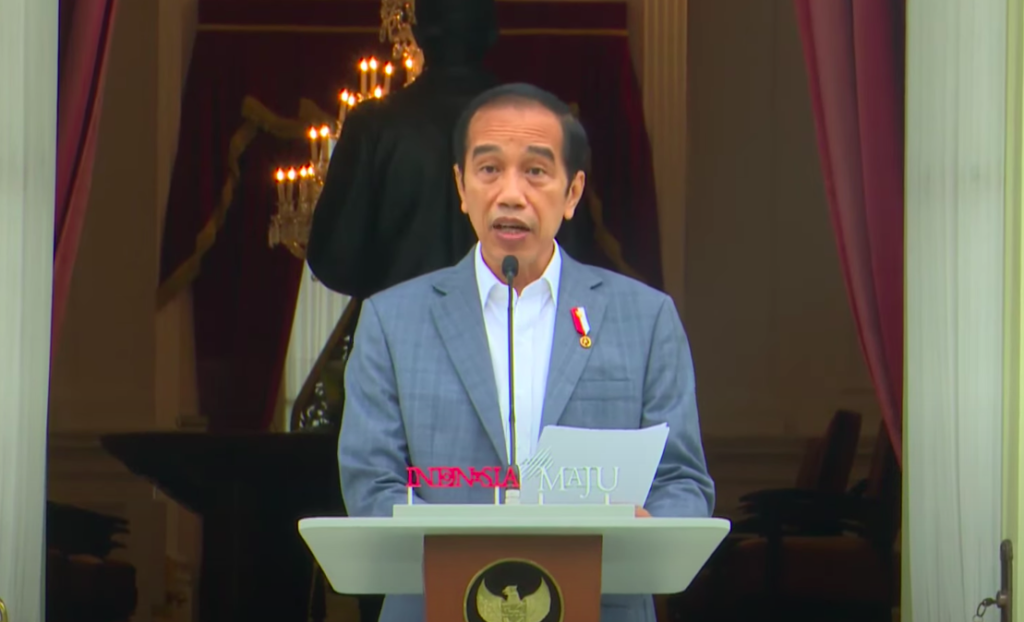 President Jokowi announces members of Board of Supervisors and Board of Directors of the Indonesia Investment Authority (INA), at the Merdeka Palace, Jakarta, Tuesday (16/2). (Photo taken from Presidential Secretariat’s YouTube channel)

He went on to say that though Indonesia is one step behind the United Arab Emirates, China, Norway, Saudi Arabia, Singapore, Kuwait, and Qatar in establishing the state sovereign wealth fund, the INA will catch up to gain the trust.

“Countries, that have established their sovereign wealth funds decades ago, have a considerable amount of fund to finance their development projects,” he said after announcing members of Board of Supervisors and Board of Directors of the Indonesia Investment Authority (INA), at the Merdeka Palace, Jakarta, Tuesday (16/2).

According to the President, the INA has three strong points. First, it was established under a strong legal basis, and operated based on Government Regulation Number 74 of 2020. Second, the INA, as professional institution that is protected by the Laws, uses professional consideration and view in carrying out their tasks. Third, the INA is managed by Indonesia’s best human resources who have international experiences.

“With strong legal foundation, excellent Board of Supervisors and Board of Directors, and strongly established international network, I believe the Indonesia Investment Authority (INA) can get domestic and international trust, and become a world class sovereign wealth fund,” the President said.

The President also call on all stakeholders including the House of Representatives, the Supreme Audit Agency (BPK), and other government institutions to support the INA for the sake of an advanced Indonesia.