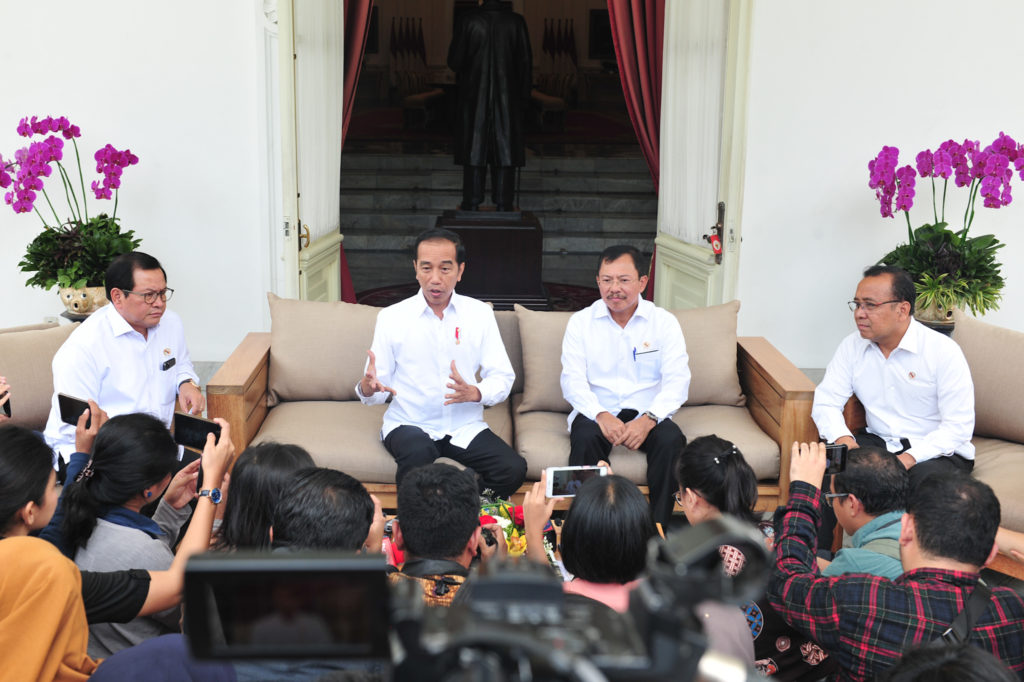 Indonesia will follow health protocol determined by the World Health Organization (WHO) and collaborate with the WHO representatives in Jakarta.

“Since the first cases appeared in China’s city of Wuhan on late December 2019, the Indonesian Government had stepped up efforts to immediately evacuate 238 Indonesians resided in Wuhan at that time. We evacuated and quarantined them on Natuna Island for 14 days before sending them back to their families,” President Jokowi said on a press statement at the Merdeka Palace, Jakarta, Monday (2/3).

“Those 188 people are now still quarantined on the island. Furthermore, last night as many as 69 people from Diamond Princess cruise ship had also been evacuated,” the President added.

Those measures, he continued, has proven that the Government is serious to handle the COVID-19.

“The Government also guards 135 entry points to the country and equipped them with thermal scanner although the accuracy is not 100 percent,” President Jokowi said.

The effort to tackle COVID-19 also included screening travel history of a Japanese citizen who was tested positive for the virus in Malaysia on 27 February, after visiting Indonesia on 2 February.

“We traced his travel history and found out that two people contacted with him while in Indonesia are currently sick and later were tested positive for the virus,” the President explained.

On that occasion, President Jokowi highlighted that Indonesia remains vigilant and doing its best to tackle the disease, includes preparing 100 hospitals with isolation rooms throughout the country.

“We also have adequate medical equipment with international standard, standard operating procedure, enough reagentto run COVID-19 test, and joint teams comprises of the National Police, the National Defense Forces (TNI), and civilians,” he said, adding that the country also has allocated budget to prioritize this issue as it is a very urgent matters. (FID/EN)