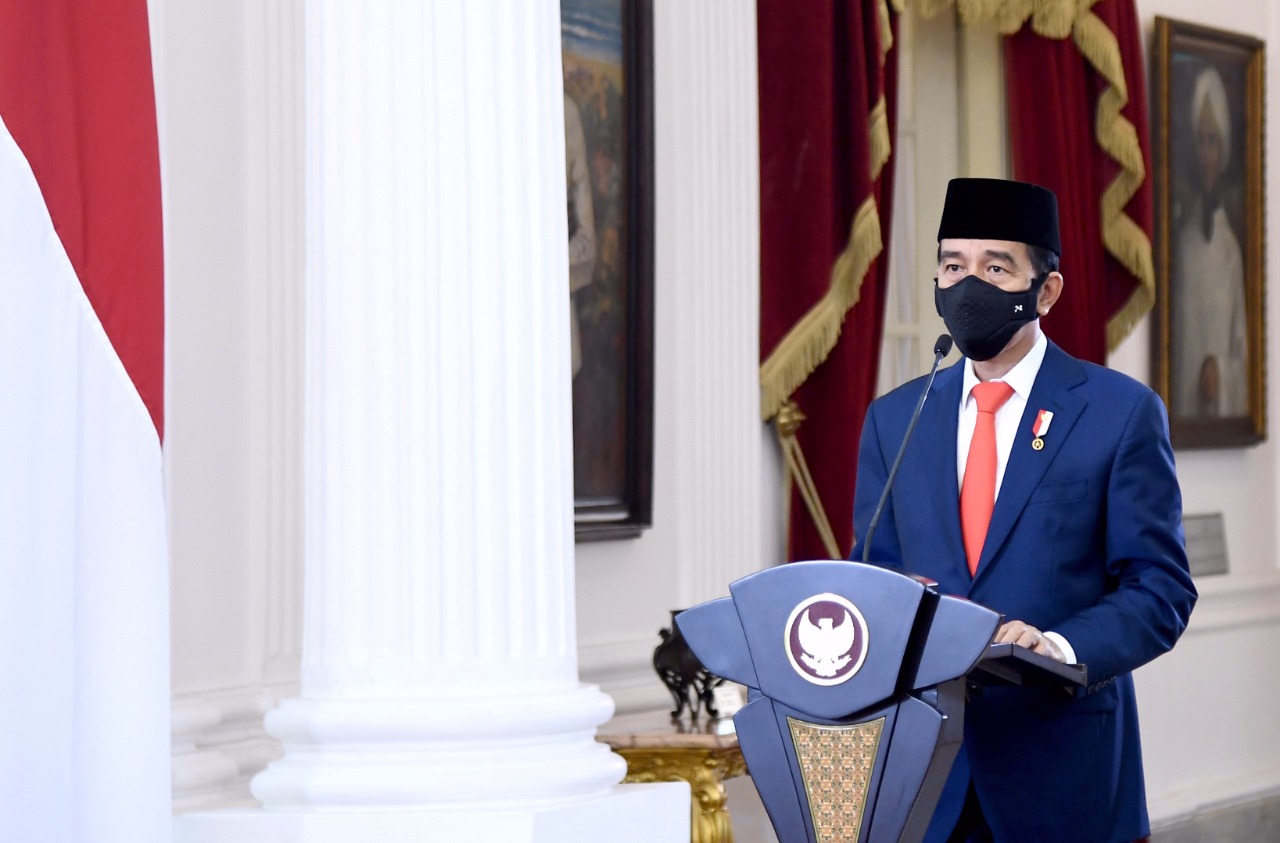 With the largest Muslim population in the world, Indonesia must become a center of excellence for global sharia economy, President Joko “Jokowi” Widodo has said.

“Indonesia, with the largest Muslim population in the world, must seize the opportunity by taking measures to speed up economic development and national sharia finance as part of a transformation towards an advanced Indonesia and part of efforts to make Indonesia a center of excellence for global sharia economy,” the President said in virtual remarks at the opening of the 7th Indonesia Sharia Economic Festival (ISEF), Wednesday (28/10).

According to the President, Indonesia has the National Committee for Sharia Economics and Finance (KNEKS) to welcome the opportunity by striving to accelerate sharia economy and finance.

President Jokowi added that the ISEF could become a momentum to further develop sharia economy and finance by creating a clear and detailed road map and determining concrete steps that must be taken immediately.

The President went on to say that the Government has been taking measures to develop sharia economy and finance at the grassroots level by developing micro banks in various places in Indonesia in collaboration with Islamic boarding schools and religious organizations.

The Islamic financial industry is also expected to become an alternative financial instrument to strengthen the grassroots economy, he added.

The development of sharia economy, which is based on the real sector, labor intensive economy, and the halal industry, is also very potential to provide jobs and open up new business opportunities, the President added.

President Jokowi further said that Indonesia has a lot of excellent halal products; yet, the full potential has not been achieved, adding that the integrated and comprehensive measures must be taken, including by improving sharia industry ecosystem, simplifying regulations, and developing human resources.

“I hope Indonesia as a country with the largest Muslim population in the world can become a center of excellence, the hub for sharia economy at the global level,” the President said. (BPMI/UN)