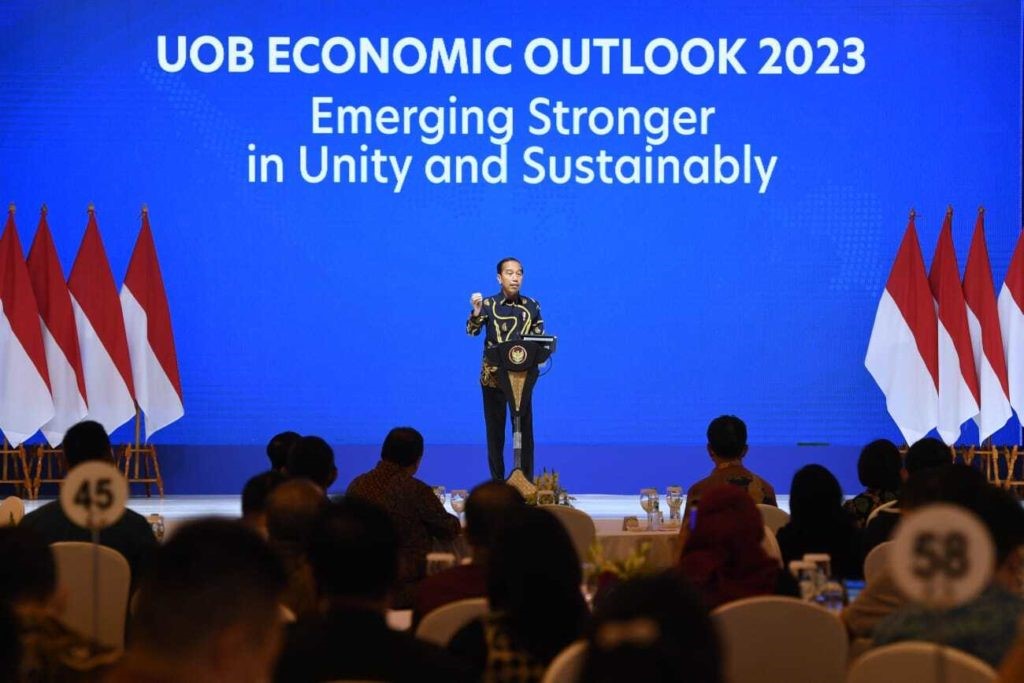 The statement was made by President Joko “Jokowi” Widodo while delivering remarks at the 2023 United Overseas Bank (UOB) Economic Outlook at Hotel Indonesia Kempinski in Jakarta, Thursday (09/29).

The Head of State further stated that Indonesia’s Consumer Confidence Index (CCI) increased from 123 in July 2022 to 124.7 which means that the index still on the high position.

The President continued that as of August 2022, Indonesia’s Purchasing Managers’ Index (PMI) continued to strengthen and stood at 51.7.

To that end, President Jokowi expressed his optimism that Indonesia’s economic growth in Q3-2022 can reach 5.4 percent to 6 percent which is higher than Q2-2022 or 5.44 percent. (BPMI of Presidential Secretariat/AIT) (AP/HD/MUR)