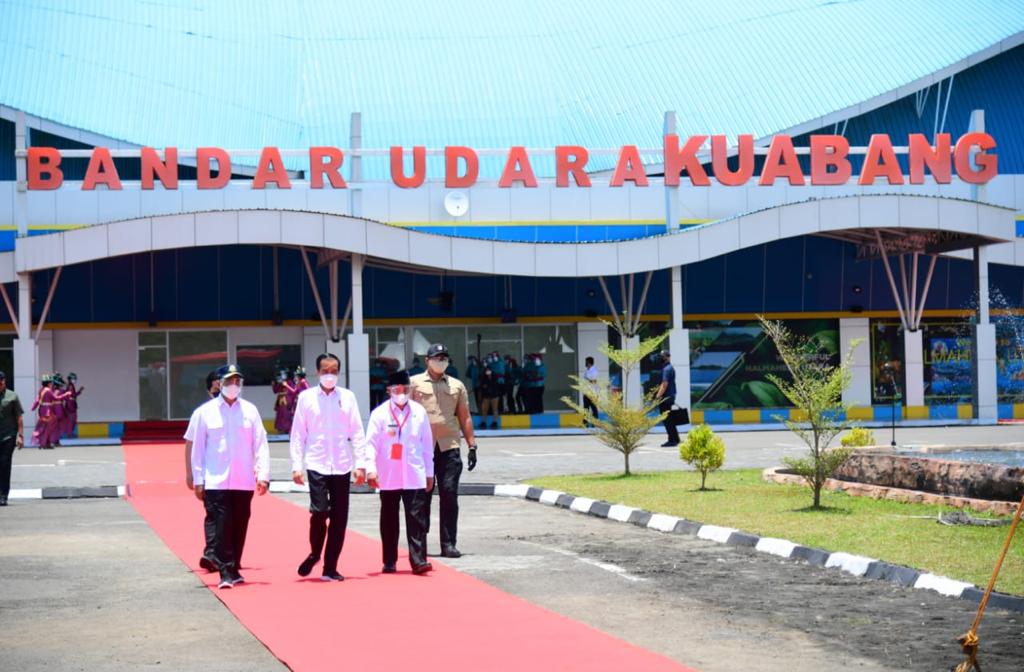 The statement was made by President Joko “Jokowi” Widodo during the inauguration of a Terminal at Kuabang Airport, North Halmahera Regency, North Maluku Province, on Wednesday (24/3).

The President added that infrastructure development throughout Indonesia is part of the efforts to build civilization. He cited an example of the development of road connecting North Halmahera and Sofifi on the west coast of Halmahera Island that has built a new civilization because people now can travel in a vehicle, no longer on foot.

“And now we have an airport. What does it mean? We must be disciplined, be punctual arriving at the airport since the flight schedule bound for other cities has been determined. If we are late, we will miss the flight. By doing so, we exercise a new form of discipline and build a civilization,” he stated.

On that occasion, President Jokowi affirmed that equal infrastructure development is a manifestation of the value of social justice for all Indonesian people. The course of development, he added, has been changed from ‘Java-centric’ to ‘Indonesia-centric’.

In addition, infrastructure development also aims to build inter-regional connectivity across the country. It unites different regions, regencies/cities, provinces, islands, and strengthens our unity and integrity. Thanks to the newly-inaugurated airport, people from North Halmahera can travel to other regions. (TGH/UN) (RAS/MMB)