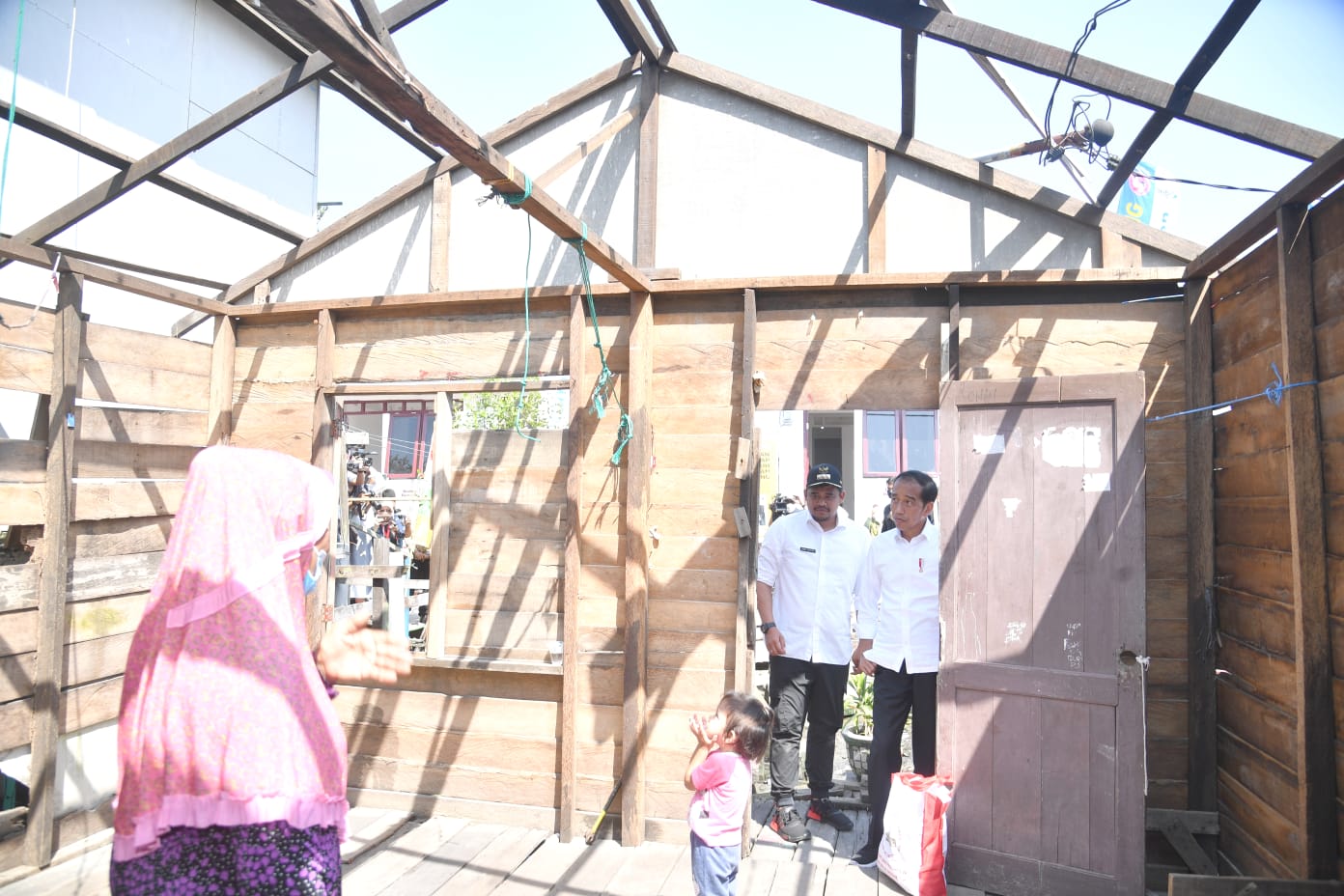 “This afternoon, I have witnessed that the improvement of Belawan Bahari village is already started with one, two, or three houses have been improved in this Bahari Belawan village, Belawan district, Medan, North Sumatra,” President Jokowi said after the inspection.

The arrangement is a collaboration program involving the National Population and Family Planning Agency (BKKBN), Ministry of Public Works and Public Housing (PUPR), and the Regional Government. The Head of State expressed hope that this program can eradicate extreme poverty in the area.

“So, the provision of clean water, sanitation, roads, everything will be arranged to make [the settlement] healthier and better,” he said.

President Jokowi added that besides the area arrangement, the Government will also build an embankment to tackle tidal flood that frequently happens in Medan Belawan area.

“The project procurement has just been initiated. After it is done, then the project will be carried out, because floods happen here for decades and unhandled. So, we start to handle it,” the President affirmed.

Based on data from the BKKBN, a number of houses in the settlement are considered not liveable and do not have good sanitation. Therefore, the improvement of the houses is needed to reduce the risk of stunting in children.