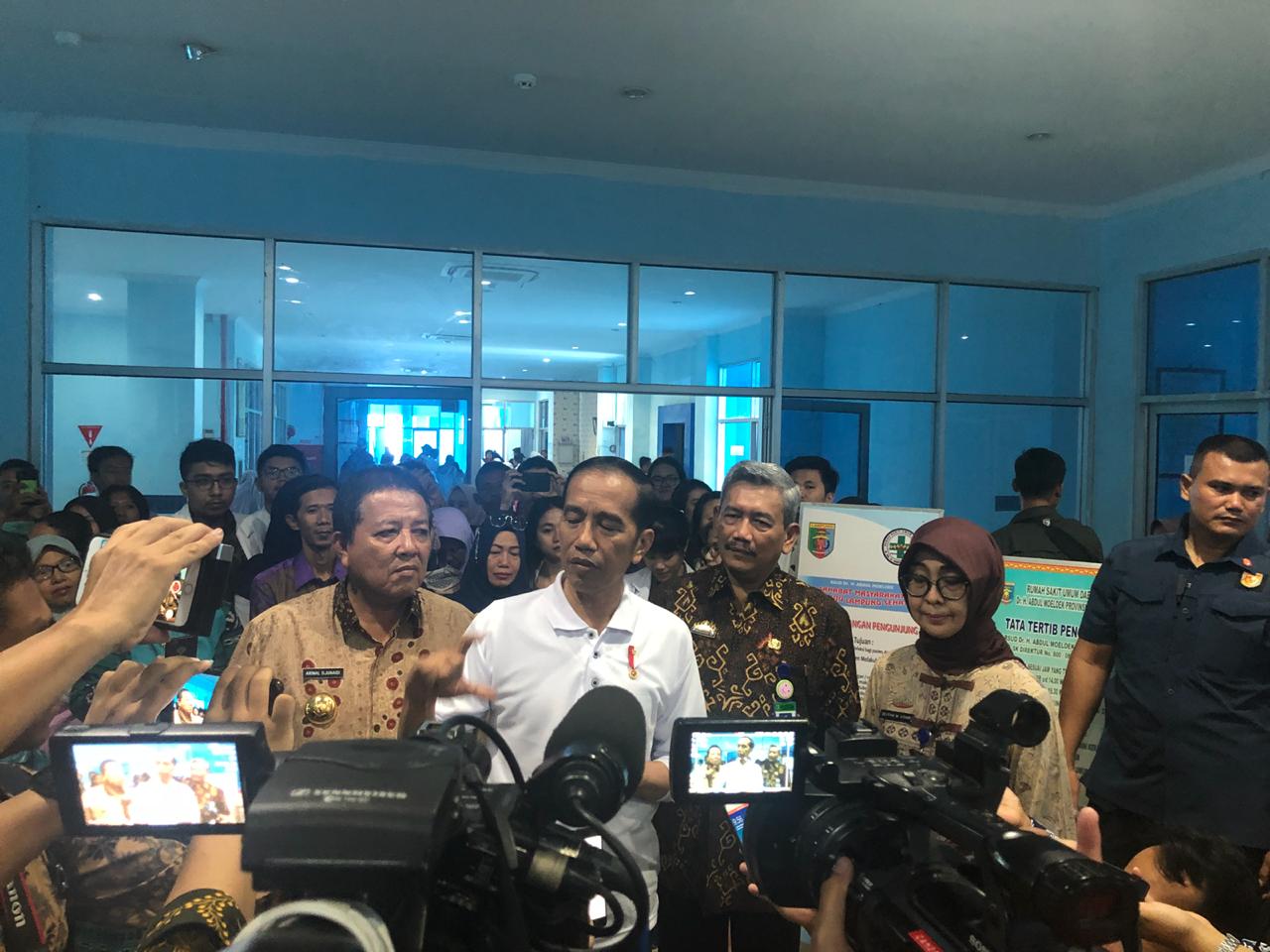 President Jokowi made an impromptu visit to Abdul Moeloek Hospital in Lampung, Friday (15/11). Photo by: Oji/PR

“I want to make sure that the people, the patients in this hospital, have their own BPJS Card. I found that more than 90% (of the patients) use the BPJS insurance,” the President said.

On that occasion, President Jokowi also inspected the outpatient service and talked to a number of patients, while asking about the utilization and services provided by the BPJS.

President Jokowi went on to say that the deficit suffered by the agency could be overcome by improving the premium collection system.

“The State Budget fully subsidizes 96 million (participants). The deficit of BPJS Kesehatan is caused by mismanagement. Thus, the premium collection should be intensified,” he said.

The figure indicates that premium for more than 133 million participants of the BPJS Kesehatan (approximately 60% of the total participant) are fully subsidized by the Government. (TGH/OJI/ES)