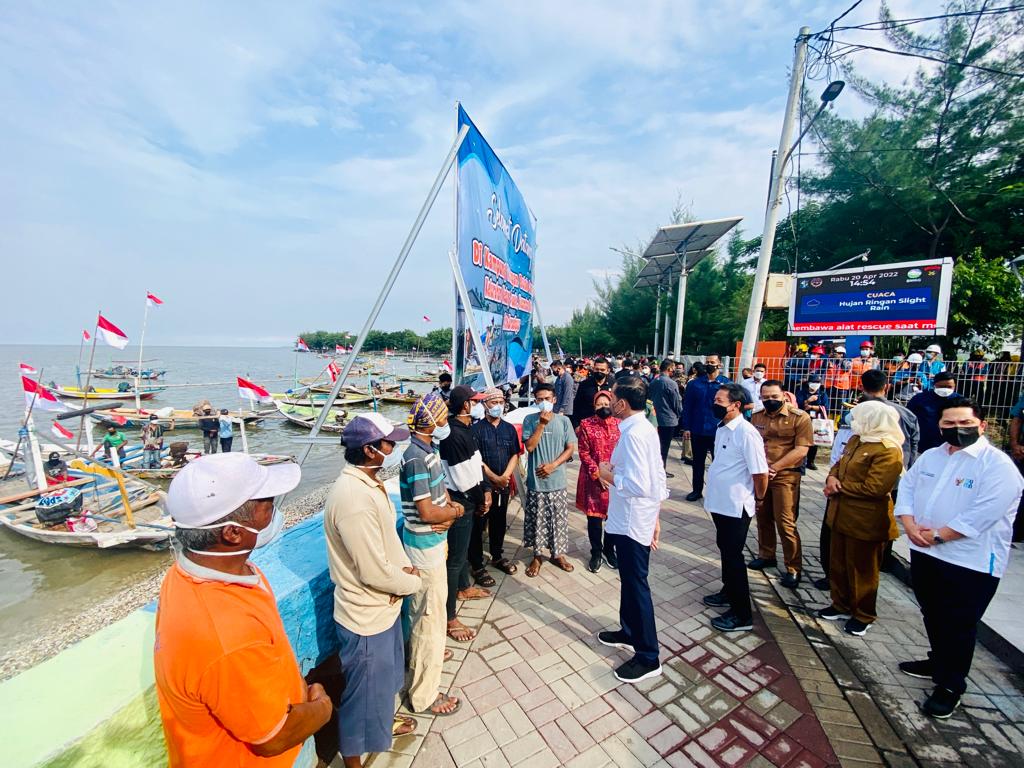 President Jokowi has a dialogue with the fishermen in Bulak, Surabaya, Wednesday (04/20). (Photo by: BPMI Presidential Secretariat/Laily Rachev)

During his working visit to East Java province, President Joko “Jokowi” Widodo Wednesday (04/20) inspected Fishermen’s Village of Bulak in the provincial capital of Surabaya. The President was welcomed by Minister of Maritime Affairs and Fisheries Sakti Wahyu Trenggono at the location.

“They asked for a breakwater and I will immediately send a team from PU (Ministry of Public Works and Public Housing) here,” President Jokowi said.

On the occasion, the President also distributed the Direct Cash Assistance (BLT) to the fishermen.