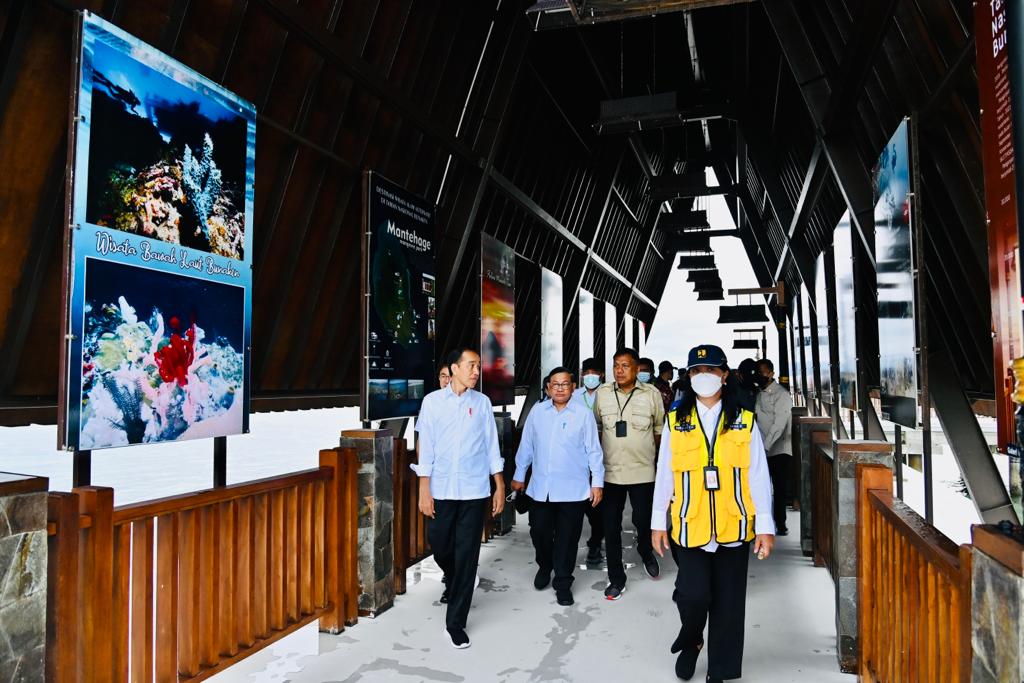 “We have renovated the area. At least the facade is visible. Homestays for tourists have also been prepared. The Government has built 50 houses for the people,” the President said in his press statement after the inspection.

According to the President, the Government is developing Likupang in North Sulawesi province as a special economic zone for tourism.

“We want to enhance the infrastructure. As it is designed as a special economic zone for tourism, we are paying attention to it so that Manado city in North Sulawesi will become a priority tourist destination,” he said while expressing hope that the number of tourists visiting the province increases as the Government arranges and develops its tourism areas.

“We hope more international tourists will visit Manado, in North Sulawesi, especially in Bunaken,” he said.

The President pointed out that the Government has allowed international tourists from all countries to visit tourism areas in the country while expressing optimism that many tourists will visit North Sulawesi province early next month.

Regarding the large number of tourists visiting the country, the President gave reassurance that they will have undergone health protocols in their origin countries, adding that Indonesians have strong herd immunity.

“Once again, we are open for tourists from any country, but there will be many tourists from China and health protocols are of the utmost importance. Based on my observation, China carries out health screening for people leaving the country, so we do not have to worry. Second, our herd immunity is good. It is at 98.5 [percent],” he said.

On a separate occasion, Director General of Cipta Karya (Human Settlements Development) of Ministry of Public Works and Public Housing Diana Kusumastuti stated that the Ministry has planned the construction of a harbor, tourism gallery, cultural theatre stage, and landfill, and arrangement of slum areas in Bunaken tourism area.

Diana added that the budget for the arrangement amounted to Rp24 billion.

“I hope the harbor, gallery, cultural theatre, and homestays here can boost tourism in the area. We have constructed 49 units of homestays, plus three units that are also used as cafes, making the total number of homestays at 52 units,” she remarked. (FID/UN) (DH/MUR)