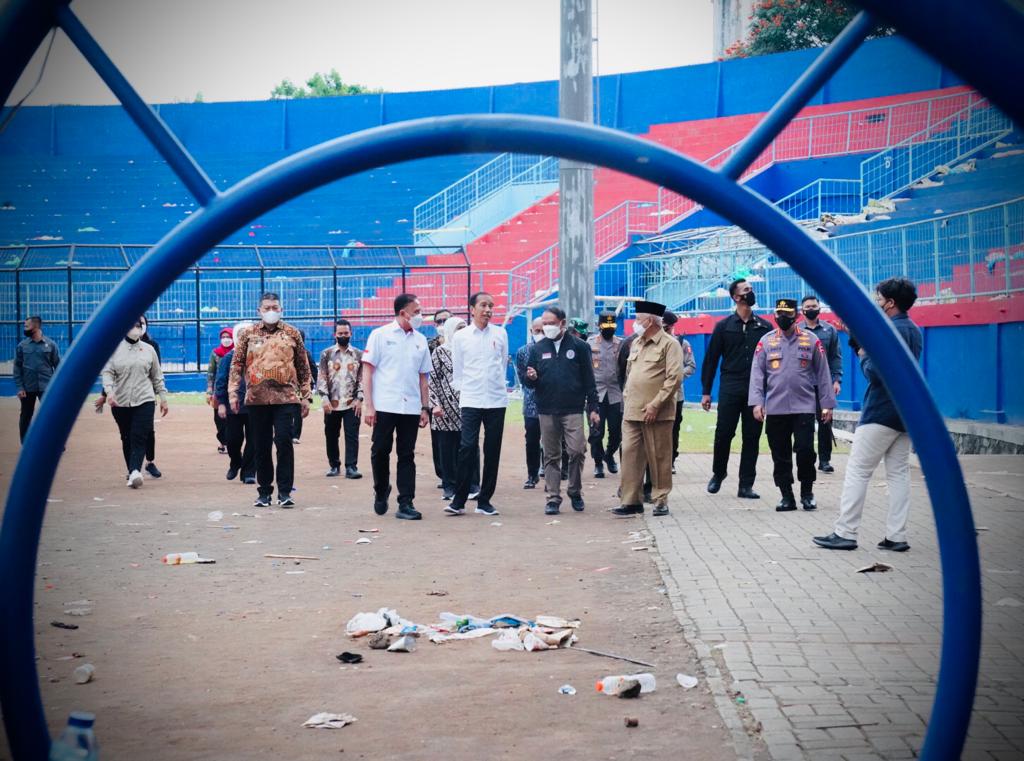 After the inspection, the President considered that the Kanjuruhan tragedy was caused by many factors.

“As I walked around the field, I saw that the problem lies in a locked door, sharp edges on staircases, and the panic,” the President said in his press statement, Wednesday (10/05).

The President reiterated that the governance of Indonesian football needs to be improved in terms of football matches, stadiums, spectators, and security.

According to the President, the International Football Federation (FIFA) has expressed readiness to help improve the governance.

“We need to conduct a full evaluation, including match management, stadium management, spectator management, time management, and security management. All aspects of the game must be thoroughly evaluated to prevent such tragedy from happening again,” he said.

On that occasion, the President also pointed out that the Government has formed an independent fact-finding team chaired by Coordinating Minister for Political, Legal and Security Affairs Mahfud MD to further investigate the football tragedy.

“We hope the team will soon complete their duty in finding out the real cause of the tragedy that happened on October 1 at Kanjuruhan Stadium, Malang,” he added.

The President also underscored that the team would share tasks according to their respective fields to collect facts and all information from various parties and then reveal investigation results to the public.

“The Soccer Association of Indonesia (PSSI) will impose sanctions. The National Police will also impose criminal sanctions. Minister of Public Works and Public Housing will audit the stadium. However, the team will eventually reveal the results,” the President remarked. (BPMI of Presidential Secretariat/AIT) (RIF/EP)