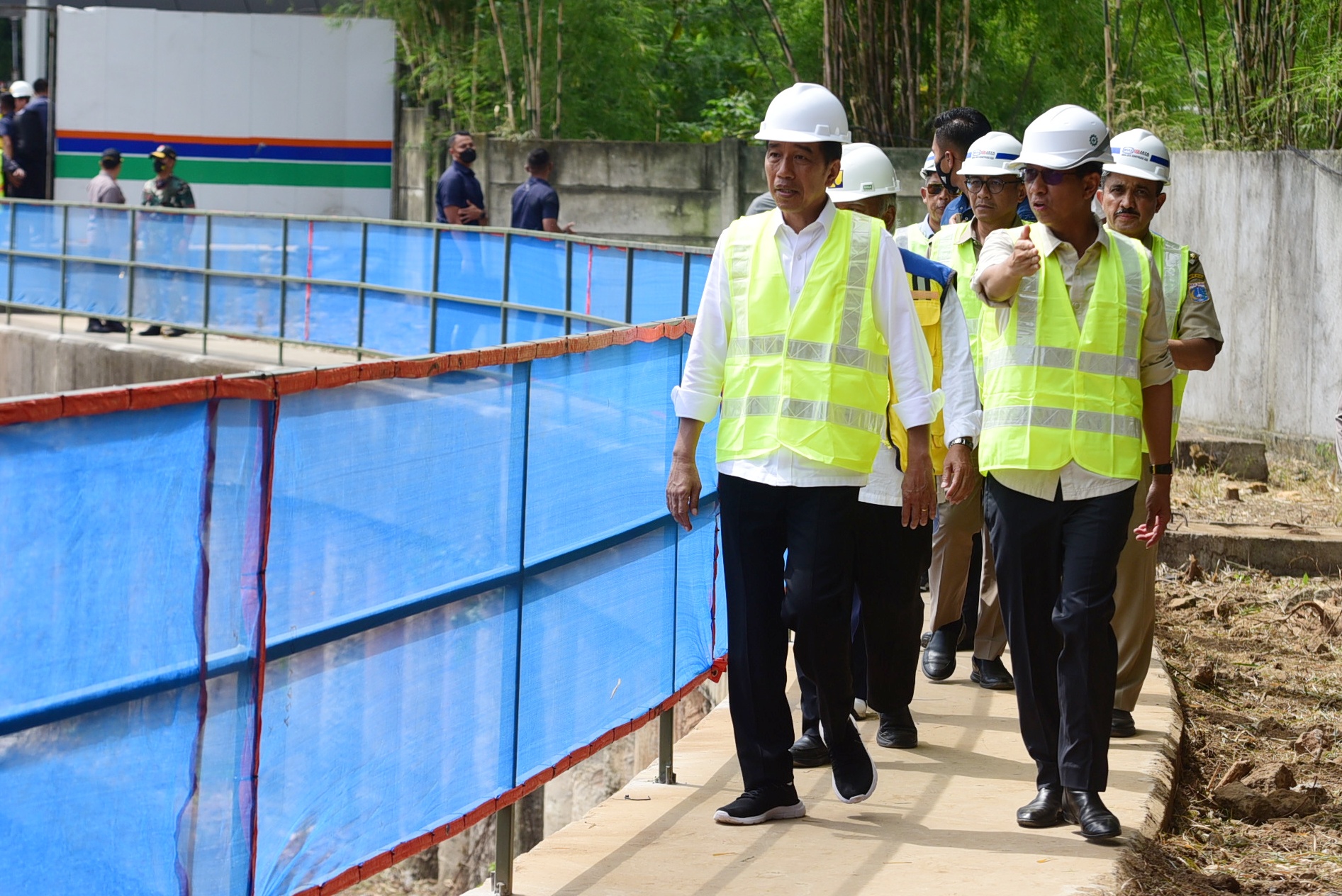 The Ciliwung River canal is one unit with Ciawi Dam, Sukamahi Dam, and other flood canal systems. The canal construction is part of the Government’s thorough efforts to control flood in Jakarta area.

“Actually, this is a 2013-2016 follow-up project which was once stalled because of land acquisition issues,” said Project Manager of the Ciliwung River canal to KBT Farida Maharani.

Farida further explained that the progress of canal construction had reached 77 percent.

Meanwhile, President Jokowi expressed optimism that the canal construction would finish and operate in April this year.

President Jokowi inspected the construction at three sites, among others, inlet Ciliwung River on Jalan Otista, arriving shaft on Jalan Otista III, and outlet at KBT. The total tunnel’s length of the Ciliwung River canal to KBT would be 1.2 kilometers and during the inspection, the 590 meters construction from inlet to arriving shaft was on progress.

“The construction from inlet to arriving shaft has reached 590 meters and this is the longest diversion tunnel in the world,” said Farida.

On a separate occasion, Acting Governor of DKI Jakarta Heru Budi Hartono said that flood mitigation in Jakarta would be implemented in a comprehensive way, including other river normalizations. All of these would be carried out in stages based on consideration of studies from various aspects.

“We will do normalization in stages. The Angke River had been normalized from 2007 to 2020. Right now, the Ciliwung River has been normalized, also in stages, including timeline, social burden, and the next step carried out by Water Resources Agency is beach embankment, as we have seen yesterday,” Heru remarked. (TGH/UN) (GA/MUR)