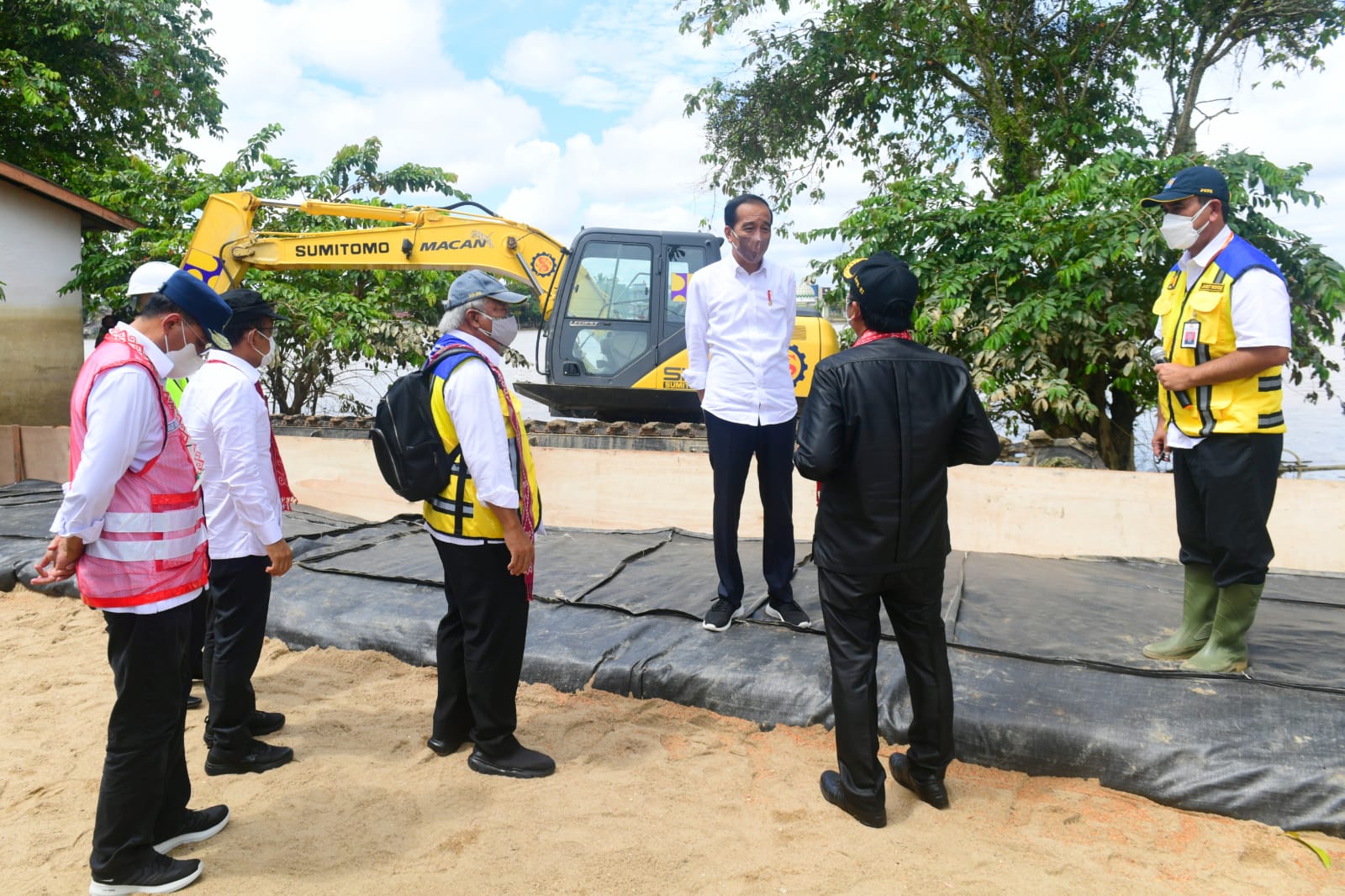 As part of his working visit in West Kalimantan province, President Joko “Jokowi” Widodo Wednesday (12/08) inspected the construction of flood embankment in Ladang village, Sintang regency, which is located in the northeastern part of the province.

In the medium and long term, the President added, all heavy rainfall and overcoming damage to watersheds and catchment areas must be taken into account.

The Government, he added, will also carry out replanting, tree planting and reforestation of areas around the Kapuas river and Melawi river.

In the long term, the Ministry will build the Pinoh river dam and carry out periodic maintenance of rivers and lakes in the Kapuas River area, he added.

“We will order Ministry of the Environment and Forestry and big private companies to build nurseries to support the reforestation,” the President remarked.

After inspecting the flood embankment, the Head of State also visited Sintang Medical Detachment and witnessed the handing over of humanitarian aids in the forms of mobile kitchens, inflatable boats, and cash assistance. (DND/UN) (RI/EP)