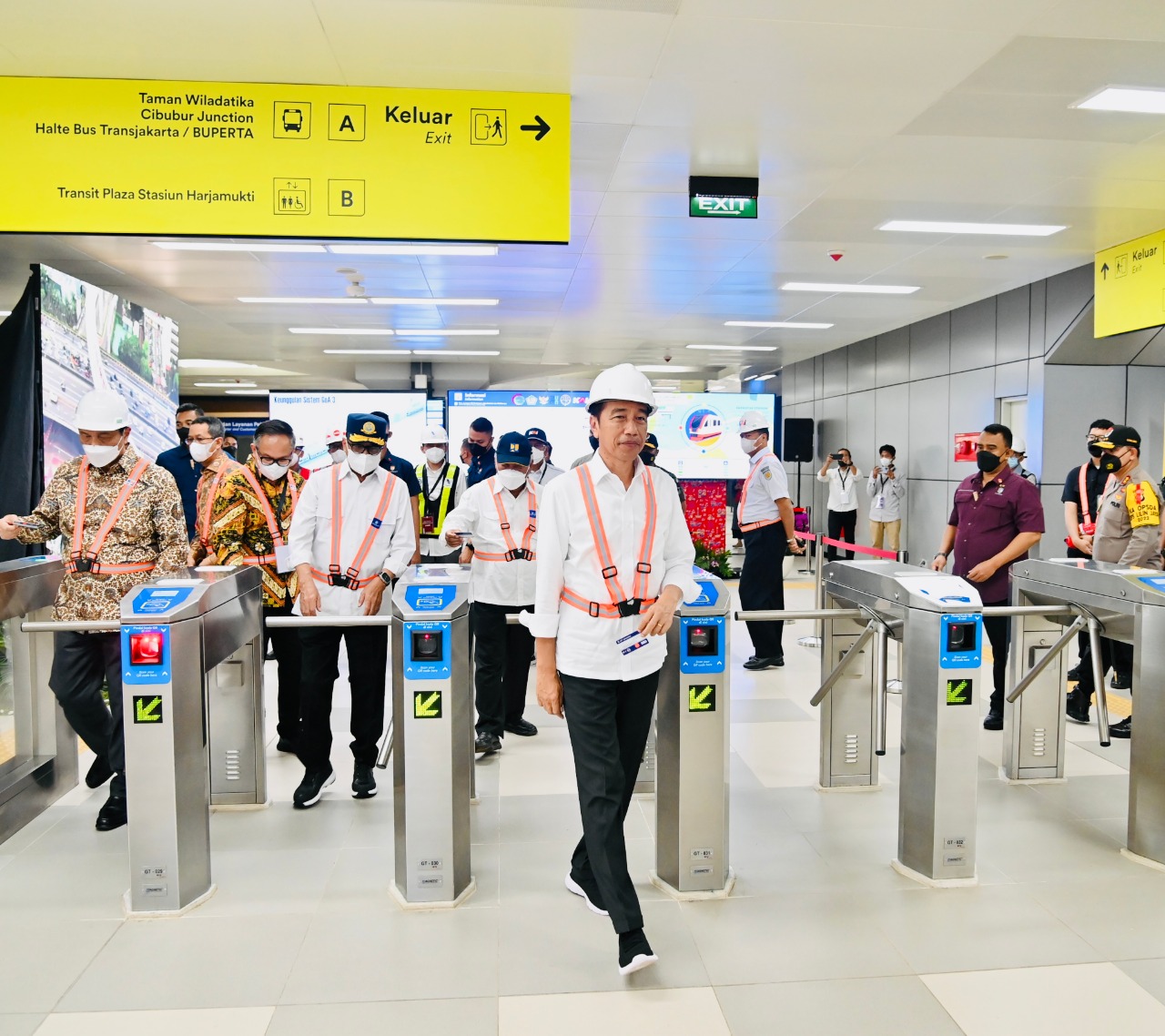 Earlier, the President, accompanied by several Ministers of the Indonesia Onward Cabinet, rode the LRT train for a trial run from the Harjamukti station in Depok city to the TMII station.

“Yes, I, along with Ministers, rode the LRT train from the Harjamukti station to TMII station. For these 9 kilometers, it takes 12 minutes at speeds of 80 kilometers per hour. It was very fast and without locomotive engineer,” the President said.

On that occasion, President Jokowi expressed pleasure considering that the LRT was manufactured by state-owned train manufacturer PT Industri Kereta Api (INKA), while expressing hope that the Greater Jakarta LRT can be operational next year.

The President went on to say that there are things that still need to be resolved, namely the construction of train depots and the system synchronization, while underscoring that the construction progress of the Jakarta Greater Area LRT has reached 87 percent. (TGH/ST) (AP/EP)