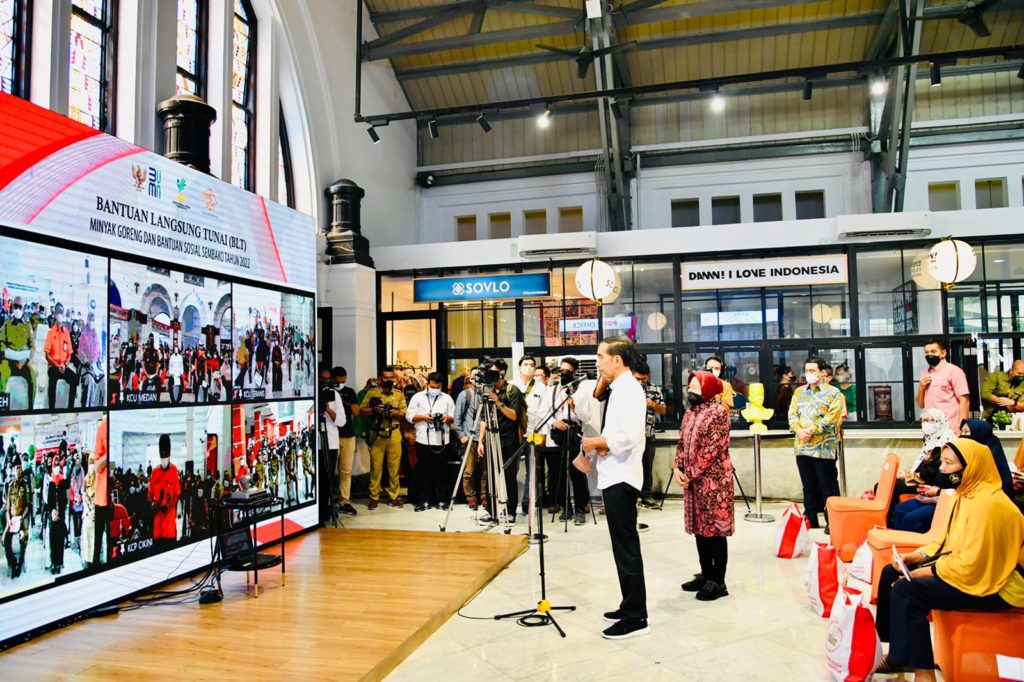 On that occasion, President Jokowi held a dialogue with representatives of post offices in six cities including Banda Aceh, Medan, Serang, Pontianak, Depok, and Jakarta in order to ensure that the assistance is properly distributed.

“Today in Medan, we distribute the assistance to 60 beneficiary families, Sir. We have done 97.21 percent of the distribution,” one of the representatives from Medan said.

Afterwards, the Head of State delivered directives to his ranks related to the assistance distribution.

“Please, let all beneficiaries know that the BLT for cooking oil must be used as assistance to buy cooking oil and staple food, as Minister of Social Affairs said. Do not use it to top up phone credit,” he remarked.