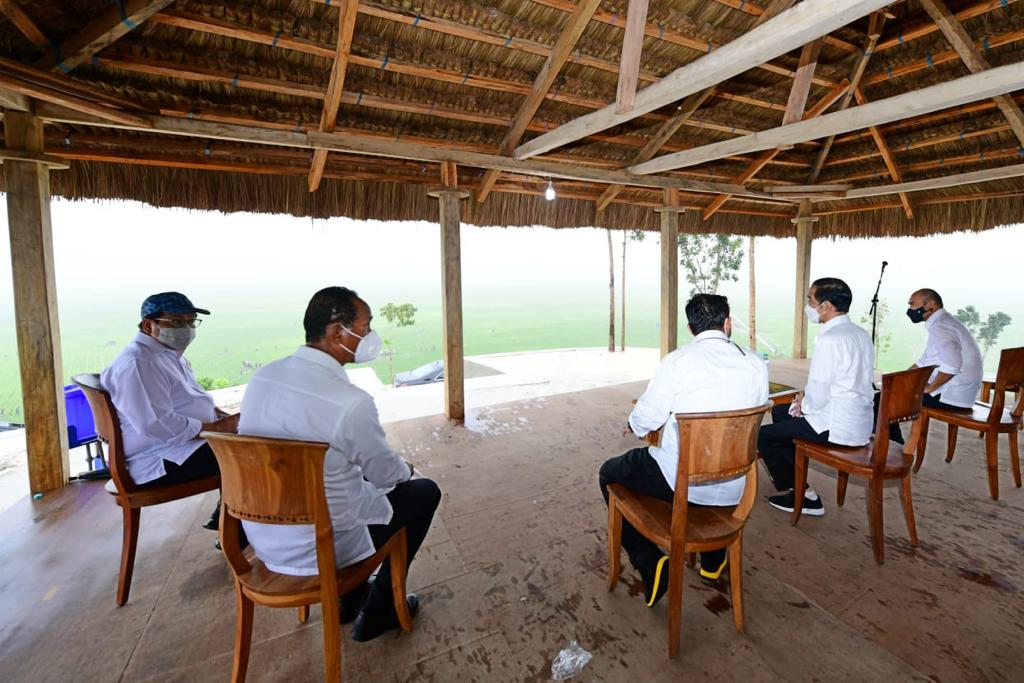 The development of the food estate is the Government’s long-term program for the province.

During the visit, the President announced that the food estate will be expanded to 10,000 hectares.

Furthermore, the President pointed out that the food estate is developed in East Nusa Tenggara, particularly in Central Sumba, due to high poverty rate and low rice harvest frequency in the region.

“(Based on) the data I have, 34 percent of poverty is found here. And the harvest in Central Sumba happens only once a year, namely rice harvest. And we want to manage so that there can be two rice harvests a year and one corn or soybean harvest a year,” he stated.

On that occasion, the President also addressed the issue of water supply, including raw water and irrigation, in all of East Nusa Tenggara.

The Government, the President added, has built several retention basins and dams in East Nusa Tenggara province and will continue to build more.

“I have ordered Minister of Public Works and Housing to study the probability to build a dam and additional retention basis and drilled wells,” he said, adding that he has also ordered Minister of Agriculture to provide the necessary agricultural machinery.

“Later followed by the Ministry of Agriculture to assist with the lack of agricultural machinery. Tractors, especially, are indispensable,” he added.

The President expressed optimism that with those efforts, the food estate will be developed well, so the food estates in Central Kalimantan, North Sumatera, and East Nusa Tenggara provinces will be able to support the national food security program.

“Later, we will replicate it in other provinces that are prepared,” stated the Head of State.

Following the visit to the food estate in Central Sumba regency, the President was also scheduled to inaugurate Napun Gete Dam in Ilinmedo village, Sikka regency, East Nusa Tenggara province, which has been built since 2016.

Joining the President during the visit were Cabinet Secretary Pramono Anung and Minister of Public Works and Housing Basuki Hadimuljono. (Bureau of Press, Media, and Information/FID/UN) (DH/EP)