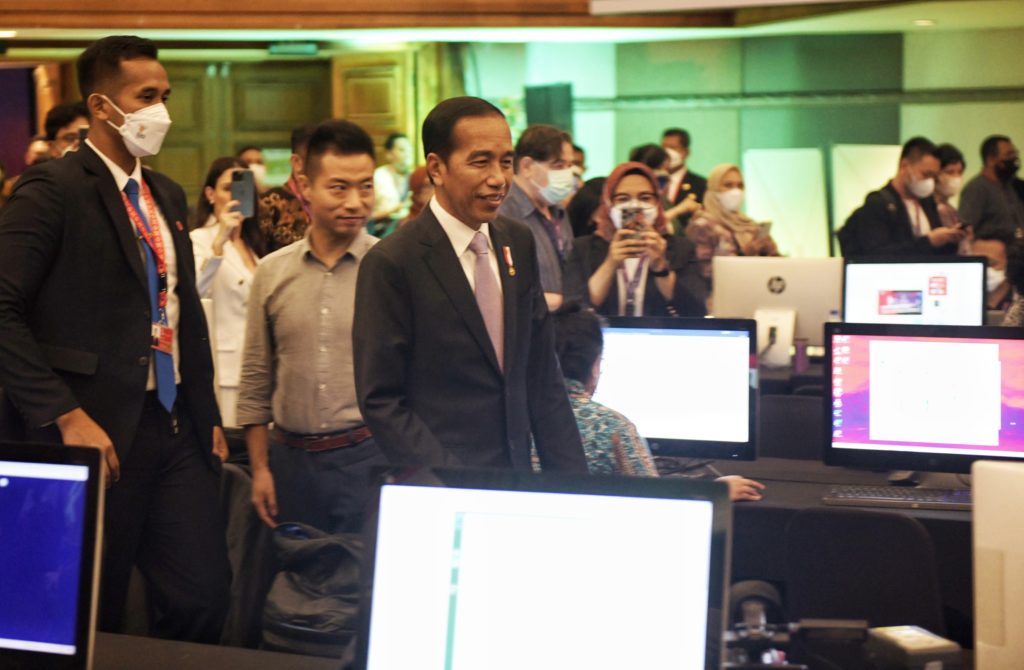 Upon arrival at 19.45 Central Indonesian time, the President made the rounds and greeted journalists reporting the series of G20 events.

Noticing the President, reporters hurried to interview him. However, the President stated that he was merely checking facilities and activities at the media center.

“I am checking out the center. I have no comment to make this time,” he said.

Moeldoko pointed out that the President visited the media center to check the availability and preparedness of rooms for the press.

“Perhaps there is a problem, so the President came here,” he said after accompanying the President, adding that the President also asked for suggestions from reporters to improve the media center.

“You [reporters] should have given feedback,” he said.

Based on the data from Ministry of Communications and Informatics, the number of journalists accredited for the G20 Summit is 2,133 with 2,051 attending in person and the other 82 reporting virtually. In addition, there are 430 media registered with 364 international media and 71 national media. (TGH/UN) (DH/MUR)