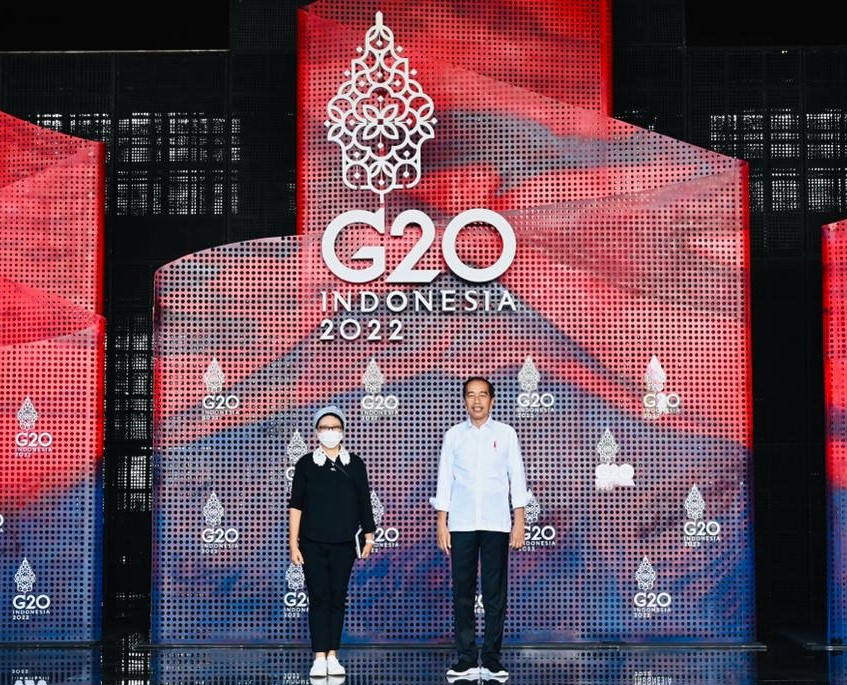 President Jokowi accompanied by Minister of Foreign Affairs Retno Marsudi during the inspection of the G20 Summit venue, Tuesday (11/08). (Photo by: Bureau of Press, Media, and Information of Presidential Secretariat/Laily Rachev)

President Joko “Jokowi” Widodo Tuesday (11/08) stated that Indonesia is ready to host guests of G20 Summit that will be held on November 15-16 in Bali province.

“It is already day 7 prior to the event. I have checked the details since morning. We have checked everything, and I want to say that we are ready to host the G20 Summit guests,” President Jokowi said at Ngurah Rai Forest Park, Denpasar city after inspecting the G20 Summit venue.

On that occasion, President Jokowi also stated that 17 heads of state/government have confirmed to attend the upcoming G20 Summit in Bali.

“We have received confirmation from 17 heads of state/government,” said the President.

Meanwhile, in response to the attendance of Russian President Vladimir Putin and Ukrainian President Volodymyr Zelenskyy, President Jokowi stated that both heads of state are still considering the situation and condition in their respective countries.

“A few days ago, I also made a phone call with President Putin and President Zelensky, and they said they would attend the summit if circumstances allow,” the President said.

The President also reiterated that the attendance of heads of state and government at the G20 Summit in Bali will be an honor considering the unfavorable global condition.

“Normally, 17 – 18 heads of state/government attend the event under normal conditions, but since the world is currently in crises, all countries are in crises, I think it would be great if they all could attend the summit,” the President remarked. (Bureau of Press, Media, and Information of Presidential Secretariat/AIT)(YC/AW/EP)