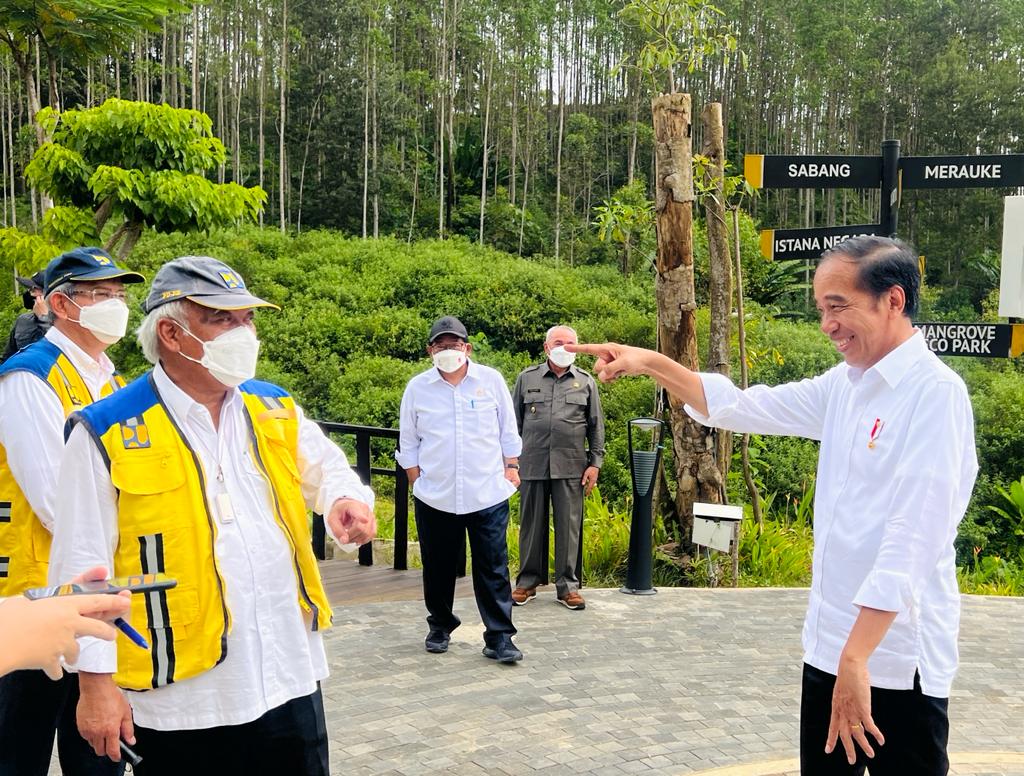 He said that dam and access road construction as well as land development make a good progress.

“Land development for ministries’ buildings, for the vice president’s building and for the president’s building are currently in the preparation process. The construction of road infrastructure has also started, especially the toll road from Nusantara to Balikpapan. I think this is a good progress,” said the President.

“Later we can see (the development) in January, not only the government buildings, but also buildings for private sectors, investors, as well as PPP (public private partnership). Nusantara will truly become the center of new economy and we hope it will continue to move [forward],” said the President.

For the record, President Jokowi conducted a working visit to Nusantara by sea, which will become the logistics transportation area in the new capital. The President said that the port will also be developed for public transportation.

“We will first use the port for logistics and later this will also be developed for passengers,” he said, while expressing optimism that the commemoration ceremony of the Indonesian Independence Day on August 17, 2024 can be held at Nusantara.

“If the progress continues, we surely can make it happen,” said the President. (BPMI/UN) (EST/MMB)