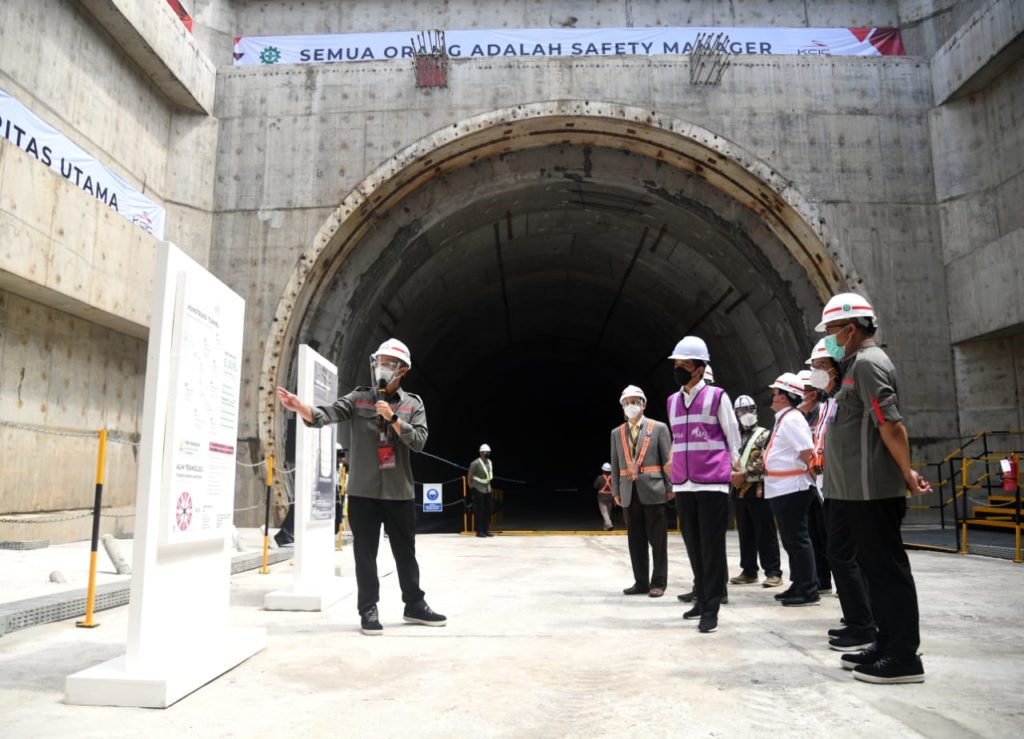 The first point is Casting Yard #1 in Cikarang Utara District, Bekasi Regency, which is the location of one of the supporting facilities for the production and distribution of box girders used as a compiler for the track structure for the high-speed train project.

The President went on to say that in early 2022, the project will be ready to enter the preparation stage for operation. “It is projected that by the end of 2022, the Jakarta – Bandung High-Speed Train can conduct a trial stage and will start operating soon after,” he said.

Once the high-speed train operates, it is expected to be integrated with existing transportation modes in capital Jakarta, such as the LRT (Light Rail Transit) and the MRT (Mass Rapid Transit).

“So there is an efficiency of time and speed. We hope this will boost the country’s competitiveness so we can compete with other countries,” said the President.

On that occasion, President Jokowi also emphasized the importance of transfer of technology during the construction of this project.