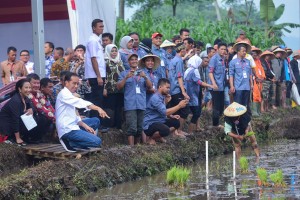 On that occasion, the President also advised the Government assistances recipients to wisely use the KUR funds and not spend it for consumption goods. Use the funds only to cover production costs, he said.