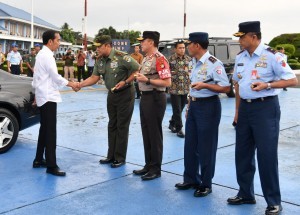 Upon his arrival, President Jokowi and his entourage will head to Kulonprogo. President Jokowi will inspect the preparation of babat alas nawung kridha (land clearing) for the construction of Yogyakarta International Airport, Head of Bureau for Press, Media, and Information Affairs, Secretariat of the President, Bey Machmudin said in a press release.

To conclude his working visit in Magelang, the President will have a silaturahmi (amicable gathering) with students of Taruna Nusantara High School.