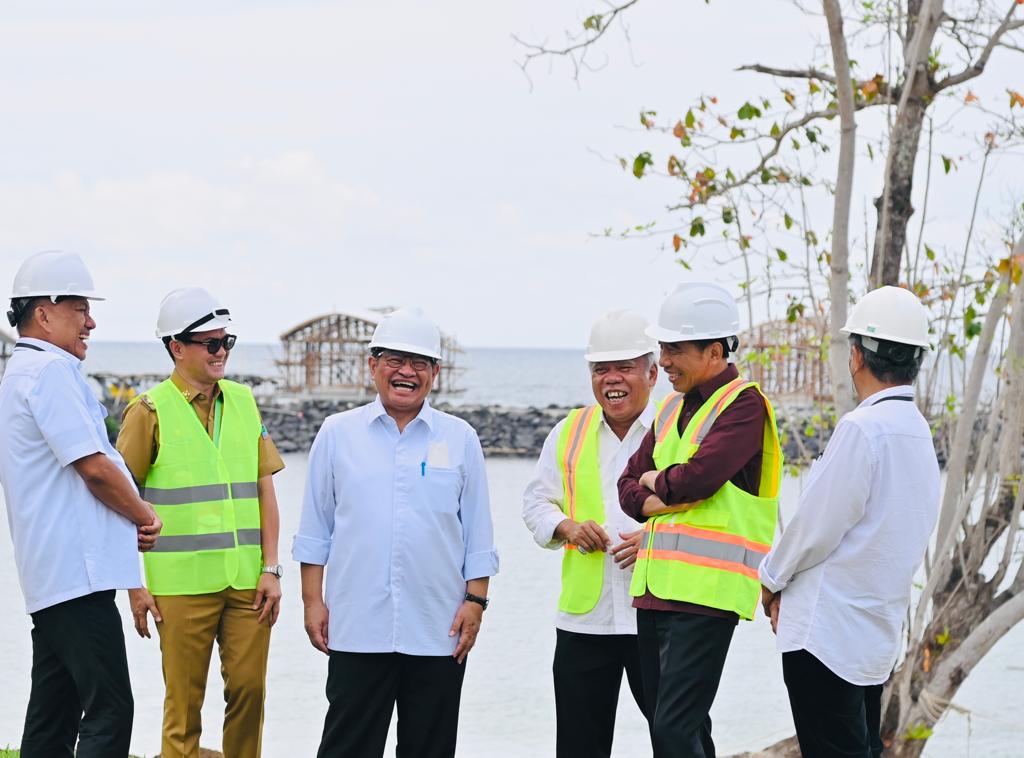 On that occasion, the President expressed hope that tourism in all destinations affected by the pandemic can return to normal.

“All countries, all tourism destinations experience the same thing. However, Indonesia recovers much faster. Now Bali is already full of tourists. Although the situation is not like before the pandemic, [the number of visitors] has increased by more than 60-70 percent. It also occurs in other areas. We hope that [tourism] will go back to normal as soon as possible so that all our tourist destinations can recover and their condition can be better than the pre-pandemic condition,” he said.

As one of the Government’s super priority tourist destinations, Likupang will be equipped with supporting infrastructure, such as airport and access roads prepared by the Government.

“As for the infrastructure in North Sulawesi, we have improved the airport and now its terminals have a big capacity. From the airport to Likupang, tourists can travel by land and some of the roads have been fixed,” he said, adding that tourists do not have to take a farther route as the roads connecting the airport and Likupang have been paved.

In addition to preparing land routes, the Government is also preparing a sea route that can shorten the travel duration to Likupang to only 15-20 minutes.

According to the President, it will also attract investors to invest in Likupang.

“It can attract investment, attract investors. We hope there will be not only one five-star hotel like Marriot but also many other hotels in Likupang area, be it four-star, three-star hotels, or resorts,” he said.

The President also expressed optimism that tourism in Likupang will boost the province’s economy and Likupang will be replete with international tourists, let alone as of February 2023, direct flights from China will resume.

“Tourists from China will be able to travel again as of February. There are three or four planes that are set to enter Indonesia again at the beginning of February. Flights from Singapore have operated again. I suppose it will go back to normal, meaning that [the economy of] North Sulawesi will be supported by agriculture and tourism,” he remarked. (BPMI SETPRES/UN) (DH/MUR)