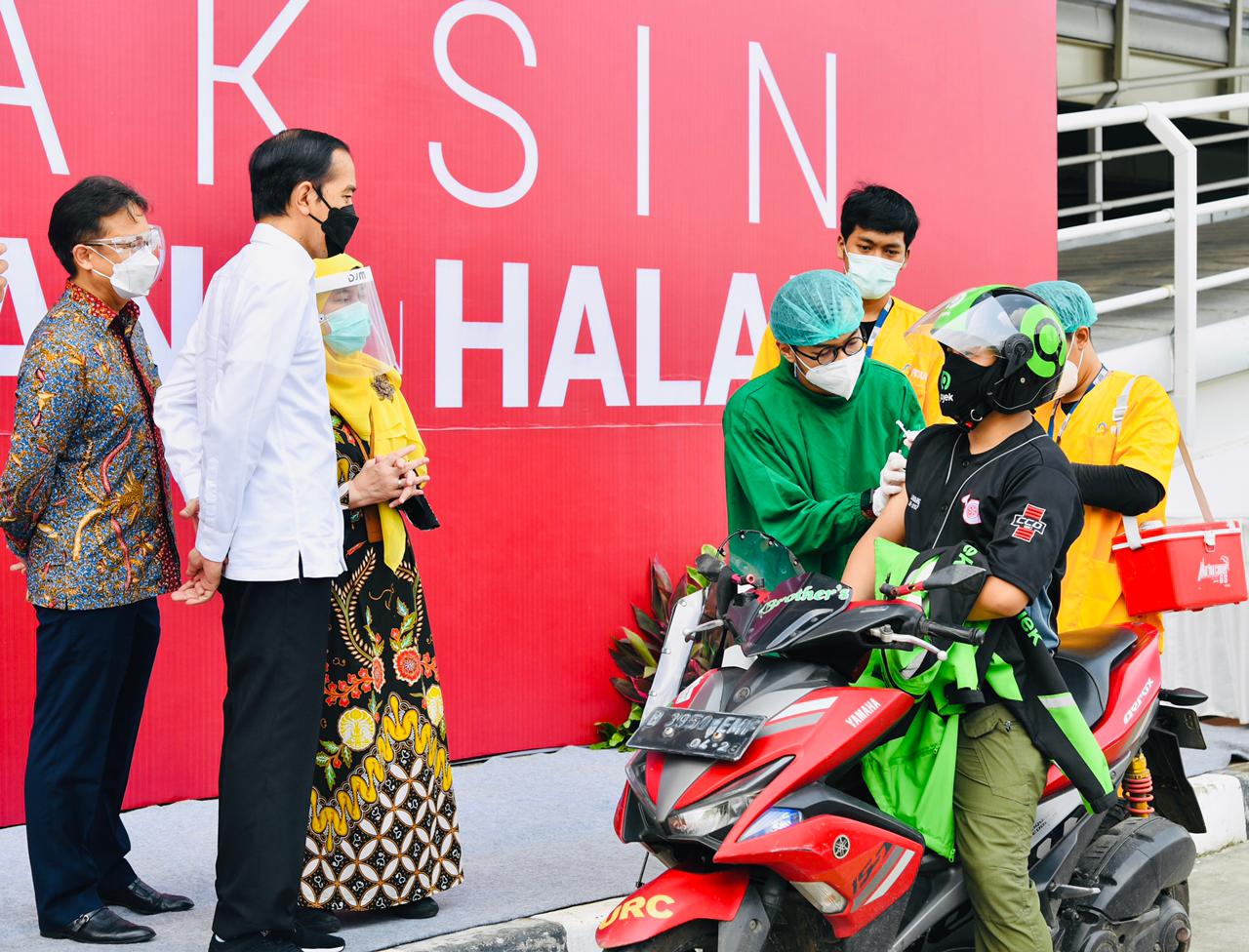 “This morning, I inspect the mass vaccination at Universitas Indonesia Hospital in Depok City which was carried out on approximately 1,500 educators, the elderly, and public servants. I also saw firsthand the implementation of drive-thru vaccination for motorcycle taxi drivers, both for two-wheelers and four-wheelers,” the President said after the inspection.

In his statement, the President also ordered the acceleration of vaccination in all regions in the country.

“We hope that the vaccination process will not only be carried out here but in other regions, in other provinces as well, it can be accelerated. Earlier, I received information from Minister of Health that today, it will also be held in Bandung and Tangerang massively,” he said.