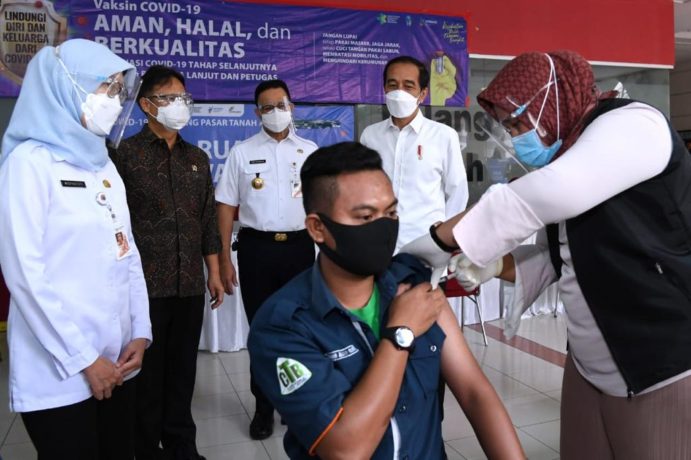 “The second batch of vaccination program, starting today at Tanah Abang Market Jakarta, is organized under the cooperation between Ministry of Health and the Government of Jakarta Province. We have started vaccination for public servants and public workers,” the President said.

The second batch of vaccination is provided for 16.9 million people of Indonesia, plus 21.5 million of the elderly.

Regarding the implementation of the mass vaccination in Tanah Abang Market, the President said that the process has run very well.

“We hope that public workers/public servants, including security forces, traders, journalists, athletes, as well as workers in shops and malls, will all be vaccinated,” the President said, adding that the vaccination will be carried out in all provinces in Indonesia.

The President also urged the public to maintain self-discipline in implementing health protocols, including by wearing a face mask, keeping a safe distance, and washing hands. (DND/UN) (RI/MMB)