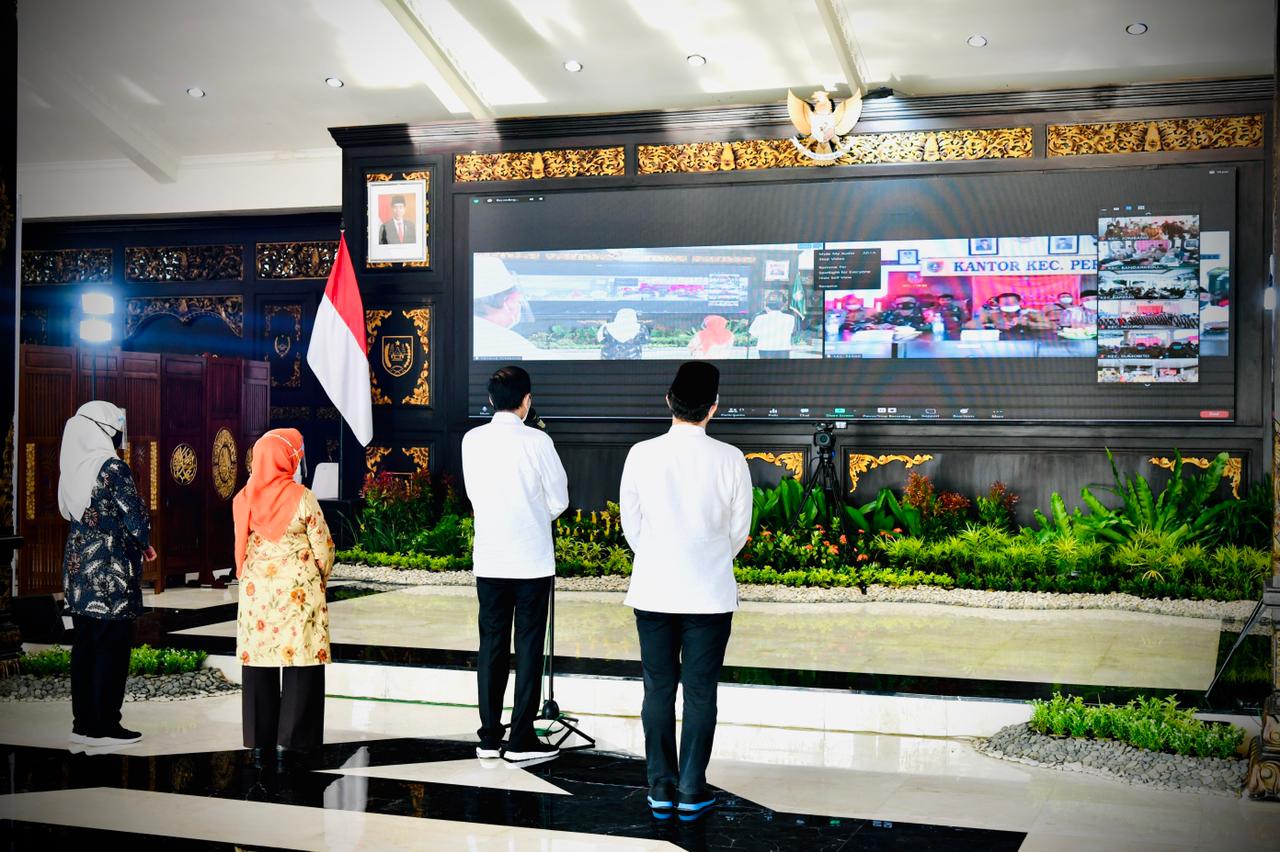 President Jokowi, on Monday (22/03), inspects mass vaccinations carried out simultaneously in districts throughout Jombang Regency via video conference, from the Pendopo of Jombang Regency, East Java. (Photo by: BPMI/Laily Rachev)

Arriving at the location at around 16.05 Western Indonesian Time, President Jokowi immediately inspected the stages of vaccination, starting from the registration process, health screening, vaccine injection to post-injection observation.

The Government, the President stated, will further distribute COVID-19 vaccines to accelerate vaccinations in various regions.

“We will encourage the distribution of more vaccines in East Java, then to distribute them to the existing regencies/municipalities, so that the implementation of vaccines can be accelerated for Islamic boarding schools, kiai, students, and also for public officers and public servants,” he stated.

The President also stated that dissemination of information to the people on the importance of vaccination should be intensified in order for the vaccination process to be completed this year. (TGH/UN) (FI/MUR)